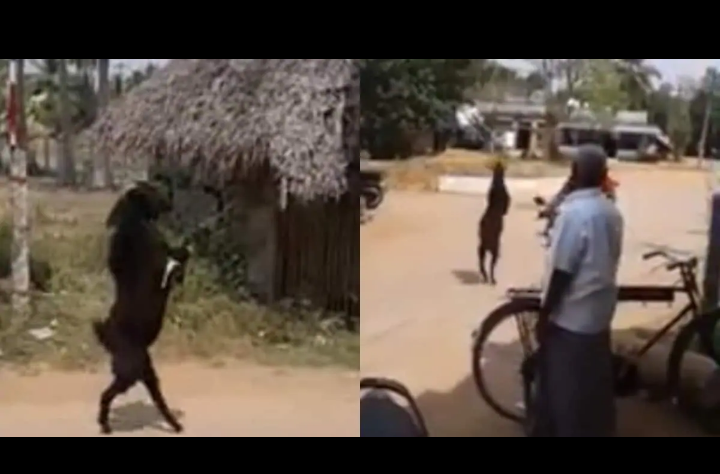 In the short clip, the goat could be seen walking upright for about 10 metres in front of stunned onlookers while appearing to hold something with his front legs.

The amazing act has reportedly led many people from different parts of the country to travel to the village to watch the incredible spectacle.