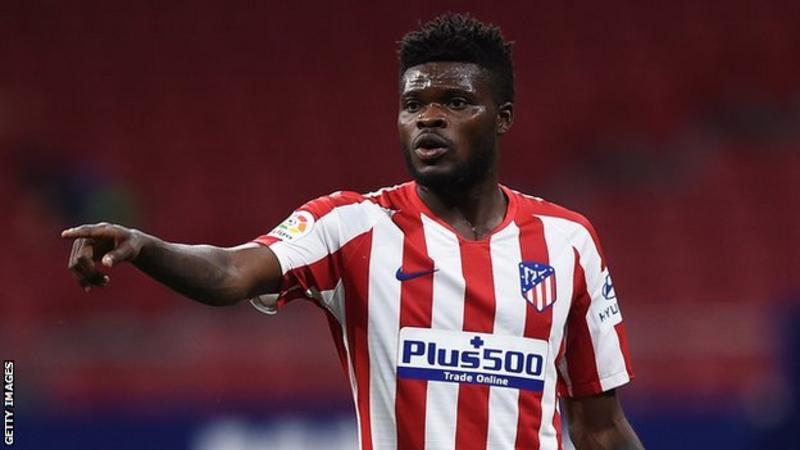 As soon as Thomas Partey was confirmed as an Arsenal player late on transfer deadline day, the blame campaign began.

Atletico Madrid were upset because they claim the Premier League club did not make a courtesy call to let them know they were willing to pay the Ghana midfielder’s 50m euros (£45m) buyout clause.

The Gunners had wanted to negotiate a fee for the 27-year-old throughout the window but Atletico were unwilling to enter discussions, as they had no interest in accepting an offer for him.

It was not an obligation for Arsenal to get in touch on deadline day, of course, as all they had to do was deposit a cheque for that value in the offices of La Liga, which they did in the last hour of the transfer window on Monday.

Having recently been in discussions with them to agree a loan deal for Lucas Torreira, however, the Spanish club expected more of the Gunners, but they finally found out about it via La Liga once the deposit had been made.

In reality, they were well aware this had been more than just a possibility.

Why? Because the negotiations for a new contract with Partey had broken down a long time ago.

Atletico offered 3.5m euros net per year before the coronavirus pandemic, but that was rejected. And after football resumed the message from the club was that they could not afford even that.

The fact is that Partey felt he had been badly treated by Atletico. He was the worst-paid player in the squad, with a modest 1.8m euros net per year, and he felt he deserved more, considering that by the summer he had played at least 42 games over the previous three seasons.

Atletico are, in reality, more upset with him than they are with Arsenal.

View more on Twitter
The allegedly “irreparable” relationship with the English club will be forgotten once new business has to be done between the two parties.

But Atletico feel that after nine years in Madrid, five in the first team, it was unacceptable for Partey to arrange a medical in Madrid without telling his club and, basically, to leave without a proper send-off.

The player was advised that his departure was not going to be followed by a homage, so he resolved to do everything quietly. Plus, Atletico got 50m euros, which is more than welcome in a time of huge difficulties for them.

Atletico manager Diego Simeone will not forget, though.

He feels he has done a lot for the player, giving him the confidence he needed at a time when media and fans were unsure of what he could add to the team.

Partey has humbly accepted whatever advice Simeone has given him in the past and his coach has certainly improved the player.

In recent weeks, the message Simeone got from him was that he was going to stay.

But to understand why Partey told him that, I refer you back to the contractual situation and the suggestion that, however he left, he was not going to be seen as a hero. Quite the contrary.