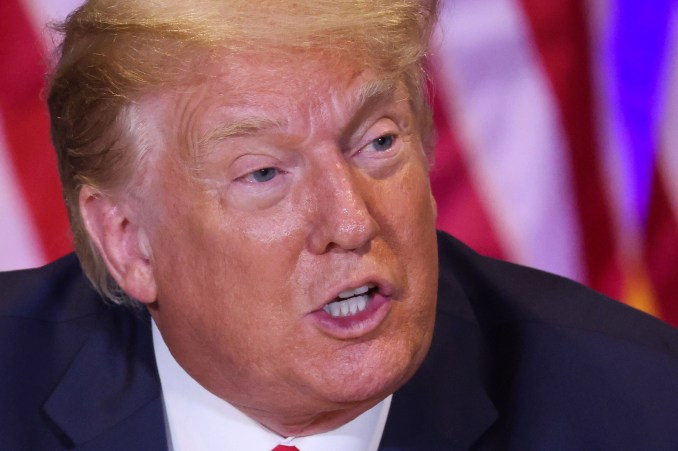 New York lawmakers have proposed the “No Citizen is Above the Law” legislation that would make it harder for President Trump or any other future president to avoid state prosecution if accused of criminal wrongdoing.

A sitting president is immune from arrest or prosecution while in office, according to a pair of Justice Department memos — one from 1973 and another from 2000 — which interpret the US Constitution. The US Supreme Court has never made a determination on the issue.

But during that period, the statute of limitations could expire and bar a prosecutor from bringing a criminal case once a president leaves office.

The bill introduced by Sen. Michael Gianaris (D-Queens) and Assemblyman Nick Perry (D-Brooklyn) will “toll” the statute of limitations in order to bring a case — meaning freezing or stopping the clock on the limitations period until the president leaves office.

Vance is also trying to get his hands on Trump’s tax returns over Trump’s objections.

“Donald Trump is trying to run out the clock on all these investigations. We want to make sure he doesn’t succeed in escaping accountability because the clock on the statute of limitations has run out,” Gianaris said.

Gianaris said the bill, if signed into law, will apply to all future presidents — regardless of party. It would apply to potential state, not federal, criminal cases against a president.

Perry said, “Clearly the privileges of the Office of president were not intended to make the holder of the office above the law, and was not intended to empower a president with the ability to thwart and sabotage an active, legitimate investigation as New York prosecutors have accused the president of doing.

“Tolling the statute of limitations for the full period of a president’s tenure will ensure that if the president did participate in any of the numerous criminal activities alleged by his former counsel to have occurred, he like every other New York citizen will be held to account for all crimes against the people and state of New York.” Perry was referring to accusations leveled against Trump by his former personal lawyer, Michael Cohen.

Democrats control both houses of the state Legislature — the Assembly and Senate — so there’s a chance the measure will pass and be looked at favorably by Democratic Gov. Andrew Cuomo.

But Ed Cox, a Trump campaign official in New York,  said such a law would be struck down as unconstitutional.

“It is aimed at one person — Donald Trump. You can’t do that,” said lawyer Cox, the Trump campaign’s New York co-fundraising chairman and former head of the state Republican Party.

“They don’t like Donald Trump and what he stands for. It’s all political. He’s been too good a conservative, Cox said.

Trump claims that he’s the victim of a partisan “witch hunt” by New York prosecutors and Cuomo.