Kim Cries As She Finally Unites With Husband Kanye 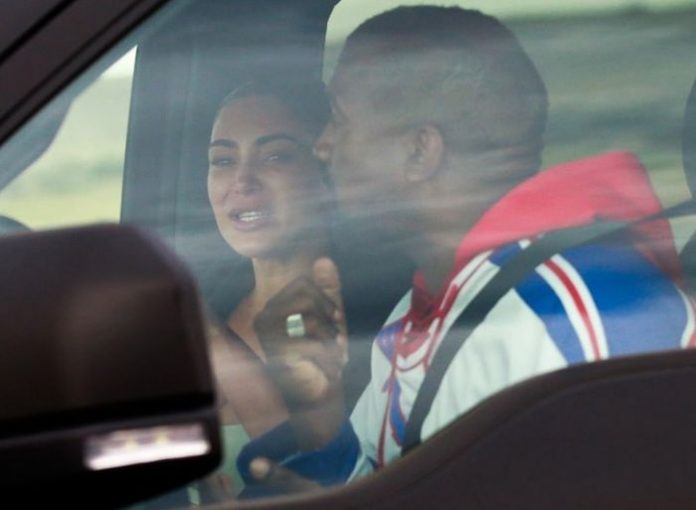 Rapper and music producer, Kanye West, has reunited with his wife, Kim Kardashian, just a few days after he tendered a public apology to her following divorce claims.

Recall that the rapper, who is battling bipolar disorder, had publicly asked for forgiveness from Kim for bringing their private family affairs to the public during a series of outburst on Twitter and meltdown on his presidential campaign trail.

However, according to E!News, the Grammy -winning rapper reunited with his wife and it turned out emotional.

In the photos obtained online, Kim was sitting in the driver’s seat of their car and appeared to be crying while having a conversation with the rapper.

A source close to the family disclosed that the couple had not seen themselves for a while as Kanye has been staying in his 14 million dollars ranch.

“She is very emotional about everything, and also exhausted. She feels very hurt by Kanye.

“She has tried to reach him multiple times and he just ignores her. It’s all a bad situation,” the source said.