Opinion: As a guy of 25 years and Above, If you still do these 8 things then you are not Yet Mature. 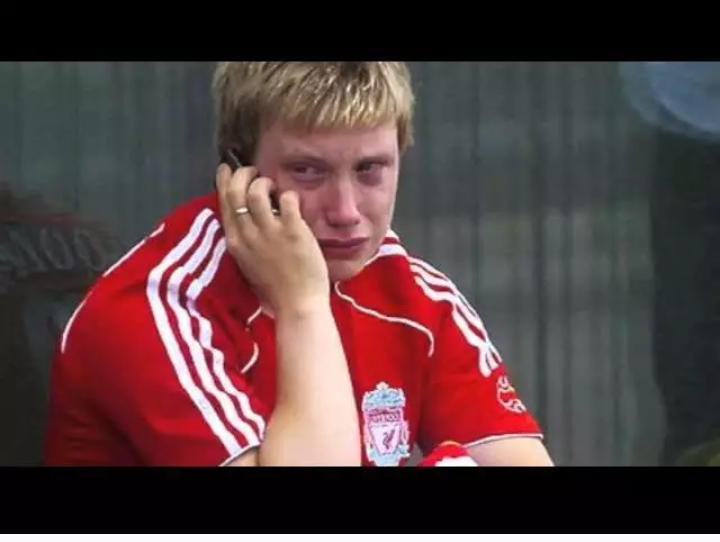 Note: Images are strictly for Illustrations.

Maturity Like they say doesn’t depend on age. Your Age doesn’t really tell If you’re mature or not. We may have an Underage who thinks and behave like an adult. There could also be an adult who thinks, Acts and behaves Like a Kid.

Maturity is a state of being fully grown and developed not just physically but Mentally as well.

Today, we want to have a quick looks at 8 things that most Guys who claim to be mature still do even at the age of 25+

1.Cry when a Football team loses a game

Fine, Football is game that deals with Emotion but that is not enough reason for a Guy who is Mature to cry and weep Bitterly all the time because their favourite team Lost. If you still do this, then your maturity is in doubt.

2. Starve yourself when a football team Loses.

Many young Guys are fond of this. They tend to keep themselves Hungry all in the Name of their Favourite team Losing. One funny thing about this is that, the footballers that played and Lost in the game still goes home to enjoy a good Meal. Starving yourself over football games is no act of Maturity rather it Exposes you to serious health risk.

3. Depend Solely on Sports Bet as a Source of Income.

Sport betting has become the order of the day in the Hearts of Most guys as they can’t go a day without playing Sports bet. They are so addicted to it that, they can table their last card to play betting. Such guys are often frustrated and depressed when their tickets doesn’t click. If there’s no money to bet, sometimes they go into Dubious acts just to get money as they have no other legit means of Income. There are some that may even have to opportunity to Work and earn Money but No, they would rather prefer playing sports bet to earn money.

4. Claiming Staff at a viewing centre.

You’re not a staff, you’re just Broke. When guys tend to take advantage of their Friends or neighbors owning a viewing centre, its no sign of Maturity as they often prefer to go in and Watch football games without paying a dime. To an extent, this also makes you lose your self respect.

5.Arguing who is better between Messi and Ronaldo

It still baffles me that at this point, we still have grown up men who still fight on who is the best between Messi and Ronaldo. Many of them go to point of being Physical with each other. That’s no Maturity at all because Messi and Ronaldo are living their Lives to the Fullest on and off the Pitch and care less of what people thinks about them. So why Kill yourself? It makes no sense.

6. Quarrel and Keep Malice over a Football game

Yeah it may surprise you to know that we still have guys who have gone into Enmity with their friends and Loved ones over a Football game or a football opinion. It just doesn’t portray them as being Mature.

Many are guilty of this. They tend to use Vulgar and Abusive Language on each other on a mere Harmless social Media Post. Every post on the internet cannot Favor you, People are also Entitled to their own Opinion. Learn to have control over your Temper when it comes to the internet. The internet is no man’s Land. Act Mature. If you can’t take a troll then avoid getting involved in football matters

8. Become Destructive when your team Loses.

Remember earlier on, I said football is a game that deals with Emotions. If you can’t control your temper , then avoid Watching tensed game. Anything you destroy out of anger is solely your own loss and No one will bear the loss with you. So learn to have self Control.

Are you guilty of Any of these? Then you need to Work on yourself.