Church and Bank of England apologise for slavery roles 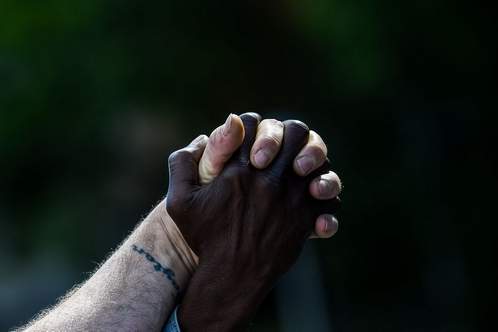 LONDON, United Kingdom (AFP)— Two of the UK’s biggest institutions – the Church of England and the Bank of England – apologised today for their historic links to slavery with the church calling it “a source of shame”.

The apologies, reported by the Telegraph newspaper, come after analysis of figures compiled by University College London (UCL) found that individual members of both institutions profited from slavery.

The UCL research found that nearly 100 clergymen and six governors plus four directors of the bank benefitted from slavery, reported the Telegraph.

In response, a Church of England spokesman told the newspaper: “While we recognise the leading role clergy and active members of the Church of England played in securing the abolition of slavery, it is a source of shame that others within the church actively perpetrated slavery and profited from it.”

A Bank of England spokesman said: “As an institution, the Bank was never itself directly involved in the slave trade, but is aware of some inexcusable connections involving former governors and directors and apologises for them.”

The bank added it would remove any images on display of former executives who were involved with the slave trade.

The global explosion of the Black Lives Matter demonstrations, following the killing in the US of African-American George Floyd, has led to a reassessment in the UK of its central role in the slave trade.

Recent demonstrations in the southwestern city of Bristol saw the toppling of a memorial to the slave trader Edward Colston.

On Wednesday it was announced that Oxford University’s Oriel College had voted to take down a statue of colonialist Cecil Rhodes.

There has also been a backlash against attacks on statues with some demonstrators protecting memorials in parts of the country.

The UCL research is reportedly focusing on logging details of up to 47,000 people involved in the slave trade who received compensation totalling 20 million pounds – worth more than two billion pounds today – when slavery was abolished by the UK in 1833.