Global coronavirus report: WHO warns of ‘new and dangerous phase’ 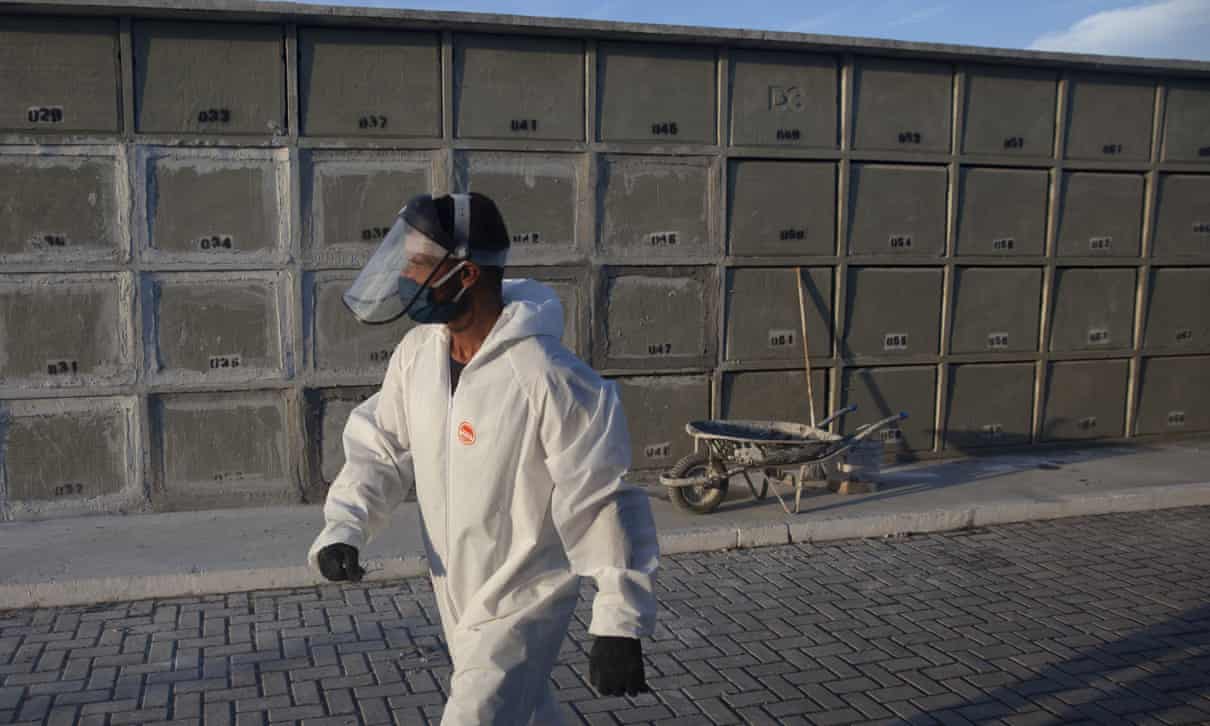 Daily infections rise above 150,000, with nearly half the new cases in the Americas

The coronavirus pandemic is accelerating, and the world has entered “a new and dangerous phase” in its spread, as daily infections rise above 150,000, the World Health Organization’s director has warned this week.

Nearly half the new cases are in the Americas, with the US and Brazil between them accounting for more than a third of total infections and deaths. Brazil reached the grim milestone of 1 million coronavirus cases on Friday.

Meanwhile other countries that appeared to have the virus under control, from South Korea to Germany, have reported fresh outbreaks or rising case numbers, raising fears of a second wave of infections.

Dr Tedros Adhanom Ghebreyesus said it was vital that the economic and social pressure to drop restrictions did not give the pandemic room to flourish.

“Countries are understandably eager to open up their societies and economies but the virus is still spreading fast, it is still deadly and most people are still susceptible,” he told a news briefing on Friday. “We call on all countries and all people to exercise extreme vigilance.”Advertisement

Several US states, including Oklahoma where Donald Trump is set to hold his first campaign rally in months on Saturday, have reported their highest daily infection rates since the start of the pandemic.

Local public health officials have urged the campaign to reschedule the event for fear that close contact between attendees, who will not be obliged to wear face masks, could lead to more deaths.

Spiking case numbers are particularly noticeable across the south and west in states that loosened restrictions on business and daily life several weeks ago. Florida, Oklahoma, South Carolina and Arizona saw record levels of new cases, the New York Times reported, and Texas became the sixth state to surpass 100,000 cases.

In Brazil, former health minister Luiz Henrique Mandetta has claimed that the government has “lost credibility” over its coronavirus response. Mandetta was fired by rightwing president Jair Bolsonaro for defending physical distancing and lockdown measures.

The president described those steps as “hysteria” and dismissed the disease as a “little flu”; medical experts have detailed their despair at what they consider a calamitous response to the pandemic.

As the country spiralled into a full-blown outbreak, Mandetta’s replacement also quit and Bolsonaro then brought in an army general as a temporary replacement, who has named over a dozen military officers to senior posts.

“The last thing you want to do in an epidemic is lose the health ministry’s credibility, because credibility is what gives you authority … It’s unfortunate they lost that credibility.”

Even countries that have largely succeeded in suppressing the virus have reported new cases in recent days, a reminder of how difficult the disease is to bring under control.

New Zealand reported two fresh asymptomatic cases of Covid-19 in a couple who had returned to Auckland on a repatriation flight from India. Their baby, who was travelling with them, has been deemed too young for testing but may also be infected.

The country’s director-general of health, Dr Ashley Bloomfield, said the couple, who were being accommodated in a quarantine hotel with their baby, were asymptomatic but the infection was detected during a routine testing programme.

Jacinda Ardern, the prime minister, had declared New Zealand Covid-free on 8 June, but that run was interrupted on 16 June when two New Zealand women, who had arrived from the UK and were released early from mandatory hotel quarantine, tested positive.

The Australian state of Victoria has brought back some restrictions after recording 25 new cases in 24 hours, the biggest increase in two months.

The state’s premier, Daniel Andrews, said he was “disappointed” by the behaviour reported by health authorities, with large gatherings held at homes between families and friends despite orders to isolate. “It is unacceptable that families anywhere in our state can, just because they want this to be over, pretend that it is. It is not over,” he said.

Kyrgyzstan, which in May ended a state of emergency that included curfews and lockdowns, was also grappling with a fresh outbreak, Reuters reported.

The government announced it was shutting down public transport in the capital Bishkek and the routes between all of its provinces every weekend, as it reported nearly 200 new cases included the city’s mayor and a member of parliament.

Neighbouring Kazakhstan, which has 25,000 confirmed cases, has introduced weekend restrictions, and shut shopping malls, parks and markets, saying hospitals in its two major cities were filled almost to capacity.

In parts of Europe however, plans for reopening are continuing. Spain is ending its state of emergency on Saturday, after 13 weeks and preparing to reopen its borders to European visitors.

However Pedro Sánchez, the prime minister, warned there was no room for complacency as the country emerges into “the new normality” of post-pandemic life. Covid-19 has killed 28,315 people in Spain to date and infected 245,575.

He said the government was building up a strategic reserve of essential products to help Spain’s health system prepare for any future emergencies.

• This article was amended on 22 June 2020 to clarify details about the situation in New Zealand, including correcting the spelling of Jacinda Ardern’s first name and removing an incorrect reference to the women who tested positive on 16 June being British.

One thought on “Global coronavirus report: WHO warns of ‘new and dangerous phase’”