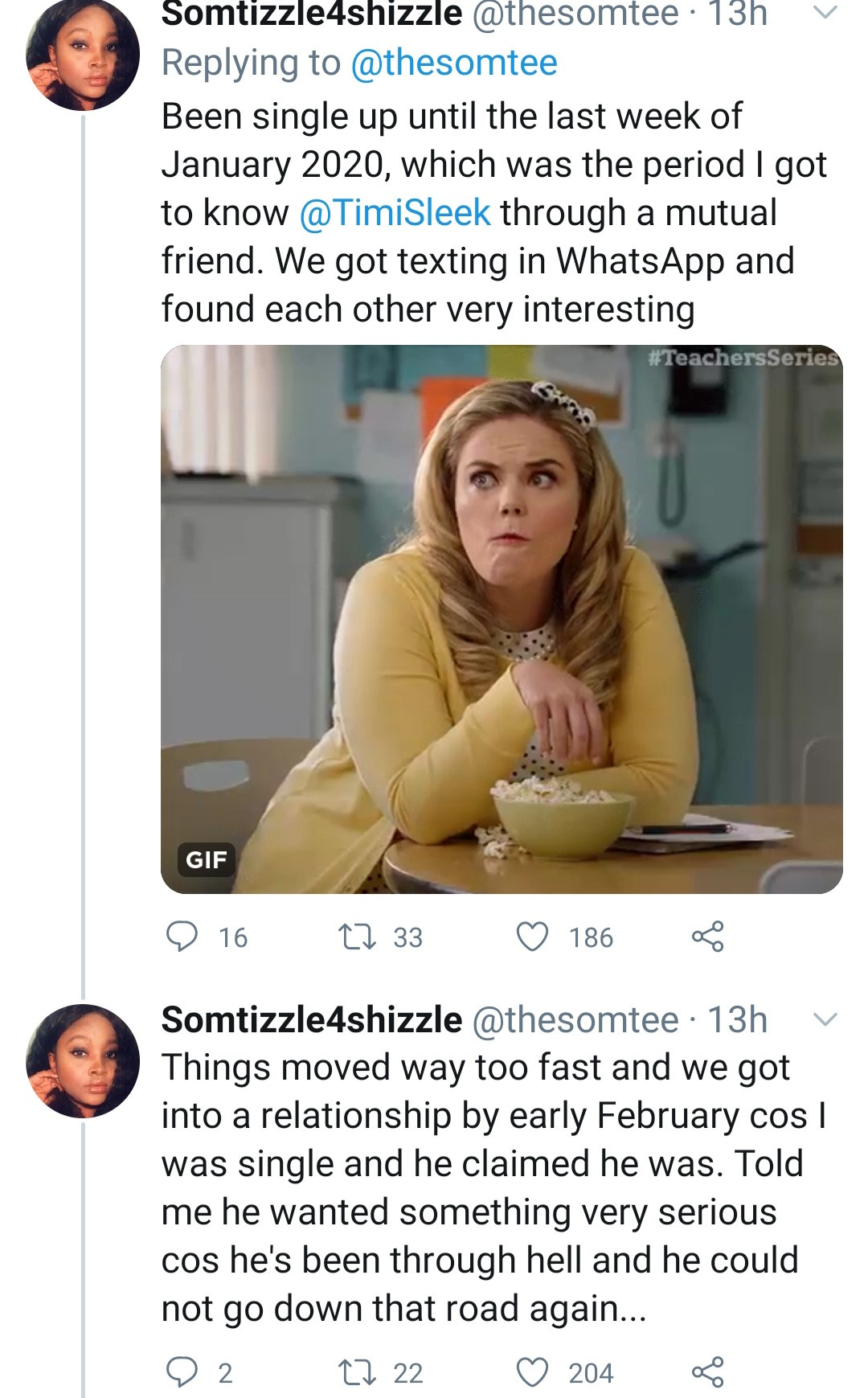 A woman took to Twitter to name and shame her boyfriend after she discovered he is married with kids and lied the woman was his sister.

Twitter user @thesomtee revealed she got to know Asaolu Timilehin through a mutual friend in January 2020 and they began chatting frequently.

He claimed he wanted a serious relationship  because he had been badly hurt in the past and didn’t want to go down that road again. He also claimed he was single.

Somtee said they started dating in February but it was long distance because he lives in Ghana.

She planned to go to Ghana in March but the lockdown happened.

She eventually visited him in October and said their relationship was going well. Until she started noticing some suspicious texts.

When she questioned him, he claimed the woman is his sister with kids who lives with him. She accepted it but later became suspicious again and he later said she’s his baby mama and only one of the kids is his.

He claimed there’s nothing between them and he’s  just helping her out.

Somtee said she was no longer comfortable at this point so she returned to Nigeria.

Back in Nigeria, she discovered Timilehin is married to the woman and both kids are his. She also discovered he has multiple other woman he has deceived in the same way, claiming he’s  single.