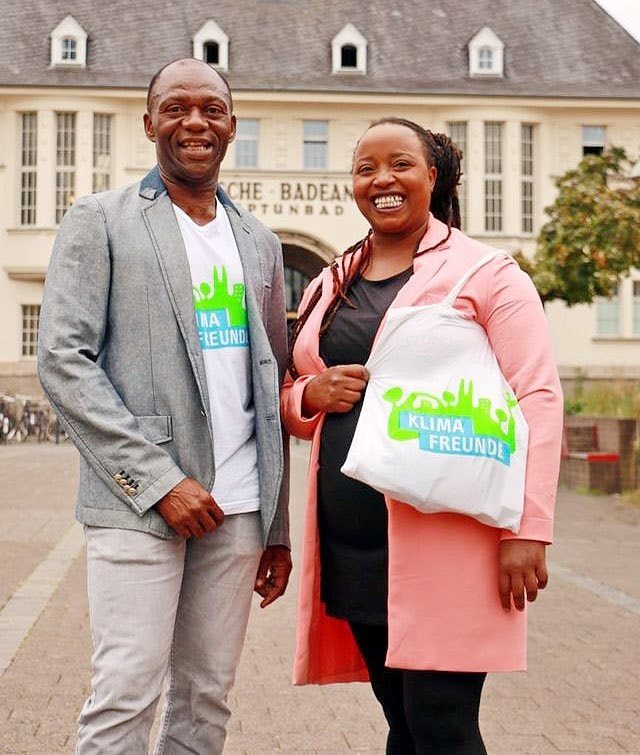 Dr. John Emeka Akude made history yesterday as the FIRST BLACK man to be elected member of Cologne’s City Council in Germany.
He is a Political scientist and from Abatete in Anambra State.
Herzlichen Glückwunsch! Dr.
Credit: @AfamDeluxo
African makes history as first elected member of Cologne’s City Council
On Sunday 13 September, millions voters went to the polls in towns and cities across North Rhine-Westphalia, Germany’s most populous state, to vote for Lord Mayors, Mayors, Councillors and the Integration Councils.
Many candidates of African origin participated at the elections. Results are now coming in. Dr John Emeka Akude, a Nigerian-born political scientist, was elected member of the Cologne City Council (Stadtrat). He made history by becoming the first Councillor of African origin in Cologne, Germany’s 4th biggest city with about 1 million inhabitants.
Reacting to Akude’s victory, Rahab Njeri, the only other African-origin candidate who took part in the election in Cologne said though she was not elected but all African-descendant inhabitants of the city were winners with the victory of the Nigerian-born politician. Both ran on the platform of Klima Freunde (Friends of the Climate).
Other results that have been released show that several African candidates won elections into the Integration Council (Integrationsrat) in their cities and towns, including Kevin Uguru in Essen, Pastor Lumbu in Dortmund and Elizabeth Kaneza in Aachen.
Integration Council – in some cities also known as Ausländerrat or Ausländerbeirat (Foreigners’ Advisory Council) – is the official representative organ of the residents of foreign origin in a city, municipality and district.
The main task of the Council is to represent the interests of the foreign-origin population and, above all, to advocate for integration and equality between foreign and German residents at local level.
Comprehensive results of elections into all the Integration Council in the state will be announced on Wednesday.
Sunday’s election in North Rhine-Westphalia is seen as a test for next year’s federal elections. Exit polls suggest the CDU with 36.2% of the popular votes emerged the overall winners in the municipal elections, followed by SPD (23.7%) and Greens (19.1%).