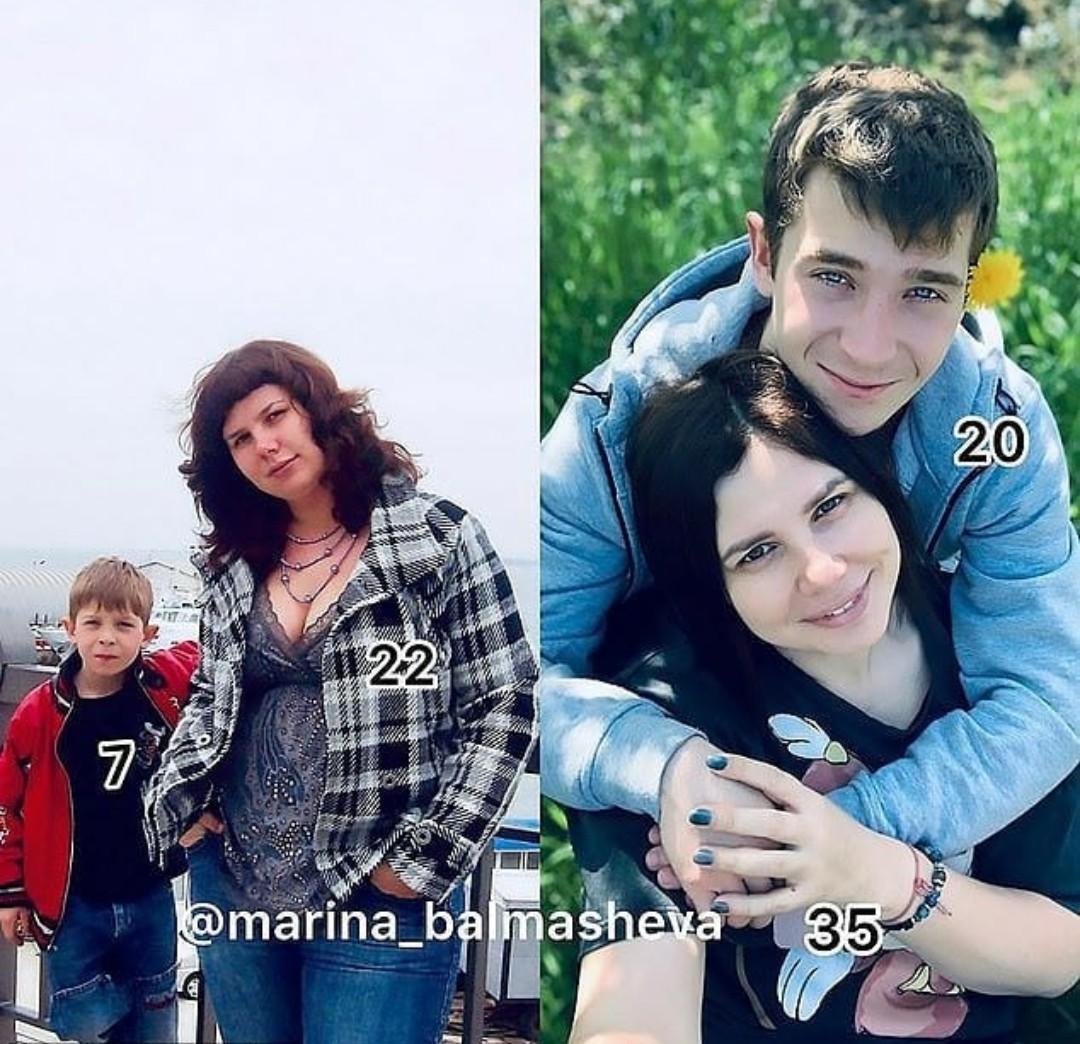 A 35-year old Russian Influencer, Marina Balmasheva has tied the knot with her 20-year-old stepson who she raised from the age of 7.

Marina Balmasheva from the western Russian region of Krasnodar Krai, lived with her husband Alexey, 45, from 2007 for over 10 years before they got divorced.

Marina also revealed that they are expecting a baby after she divorced his father and got married to him.

Last weekend, she tied the her ex-husband’s son Vladimir Shavyrin who she took care of since he was 7 years old. Mother and child are now expecting their first child, a baby boy.

Watch the video below;