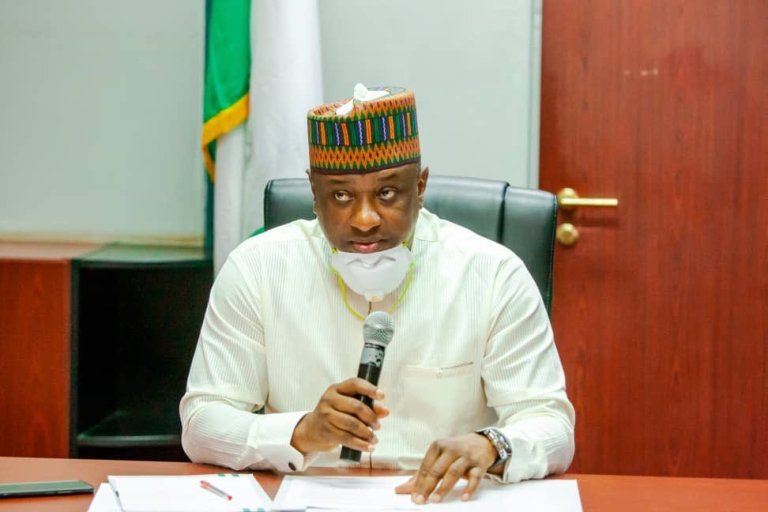 The federal government has announced the commencement of the Special Public Works Programme aimed at employing 774,000 citizens, a thousand from each of the 774 local government areas in the country.

The announcement was made via its official Twitter handle on Tuesday.

“The Special Public Works Programme of the Federal Government has kicked off nationwide. The State Selection Committees have been inaugurated and have commenced work,” it said.

Two weeks ago, the Minister of State for Labour, Festus Keyamo, and the joint committee on labour were involved in a war of words last week over the planned employment of 774,000 Nigerians by the government.

This happened at a meeting aimed at discussing the progress of the planned employment.

About N52 billion has been allocated for the Special Public Works Programme in the 2020 budget.

Mr Keyamo accused the lawmakers of wanting to sabotage the recruitment process despite receiving 15 per cent jobs slots.

The National Directorate of Employment (NDE), according to the lawmakers, is meant to implement the recruitment under a special works programme.

The Special Public Works Programme of the Federal Government has kicked off nationwide. The State Selection Committees have been inaugurated and have commenced work. Find the names and contact details of members of your State’s Committee here: https://t.co/d7YjB49JeE #NigeriaSPW

They had accused Mr Keyamo of hijacking the programme from the NDE. The minister hit back, saying they were the ones trying to take over the project.

The committee later demanded that the programme be suspended until the modalities for the exercise have been explained to the lawmakers.

It also mandated its Committees on Labour and Employment to invite the Minister of Labour, Chris Ngige and other relevant officials of the ministry to brief the joint committee on the modalities for the implementation of the programme.

Mr Ngige eventually appeared before members of the committee and the Senate President, Ahmed Lawan, at the National Assembly on Tuesday and tendered an apology on behalf of Mr Keyamo after which the latter was asked to hands-off the project for the NDE.

Unsatisfied with the resolution, Mr Keyamo insisted that the programme cannot be implemented without his approval according to the NDE Act.

He said the controversy surrounding the programme is an attempt by the National Assembly to bypass him in the implementation of the project.

With the announcement of the start of the programme, Mr Keyamo confirmed to Punch newspapers that the president has given him the go ahead to implement the process.

It is however, not clear if he has the backing of the National Assembly.

Efforts to get the reaction of the chairman of the joint committee, Godiya Akwashiki, were unsuccessful as he did not respond to calls and text message sent to him.