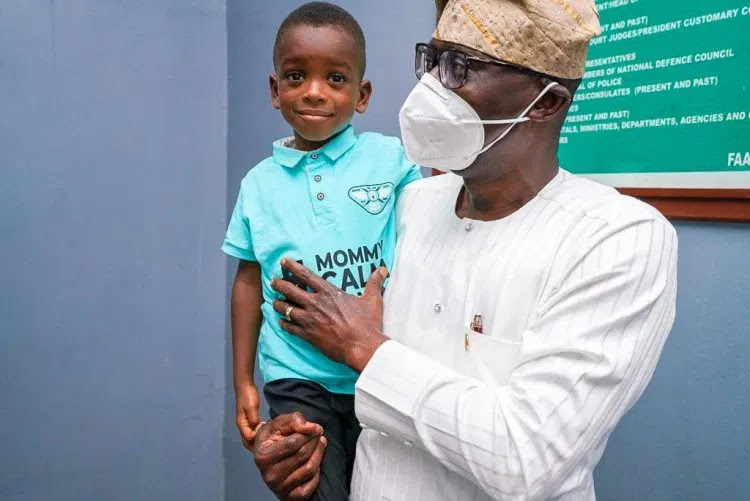 Lagos State Governor, Babajide Sanwo-Olu on Wednesday, July 29, promised to meet OreofeOluwa Lawal, the boy who was telling her mother to ‘calm down’ in a viral video while he was about to be punished for his wrongdoing.

With his mom insisting that he still has to be flogged for his misdemeanor, the little boy sticks two index fingers in the air and said: “This is my last chance…my last chance in the world.”

Governor Sanwo-Olu stated that he was moved by his sobriety, which reflected in his promise of “last chance,” when confronted with the fact that he was a regular offender.

Governor Sanwo-Olu, however, kept his promise as he met with the ‘calm down’ internet sensation on Saturday.

The Governor seized the opportunity to reiterate the need for Lagosians to keep calm as the State further eases the lockdown and partially opens up the economy.

He also reminds residents plying the third mainland bridge to corporate with Government officials and contractors handling the renovation work.

Watch the video of the meeting with the boy in ”calm down’ video below: