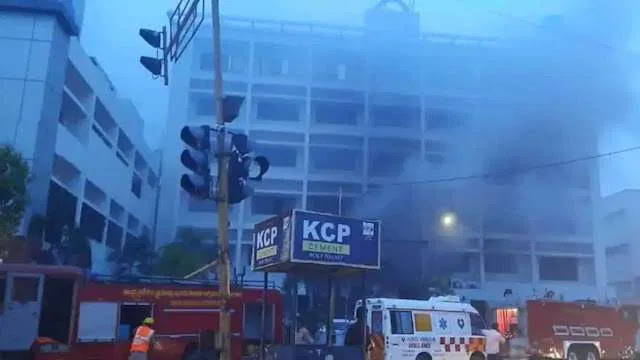 Ten COVID-19 patients died in a fire outbreak at an isolation facility in India on Sunday. Ten others were injured in the tragedy in Andhra Pradesh’s Vijaywada hotel, turned into a care centre.

The cause of fire has not been ascertained yet, but reports said it may have been caused by a short circuit.

The surviving COVID-19 patients have been shifted to another hospital,Zee News reported.

“The hotel was taken on lease and run by Ramesh Hospitals, a private hospital where COVID-19 patients were being treated. 40 patients & 10 medical staff were at the hotel at the time of the incident,” Andhra Pradesh Home Minister said.

Andhra Pradesh government has announced an ex-gratia of Rs 50 lakh each to every deceased family.

“Struck with grief after hearing tragic news about COVID-19 care centre in Vijayawada where an accidental fire caused loss of lives. My thoughts and prayers are with the bereaved families. I wish speedy recovery for the injured,” the President tweeted.