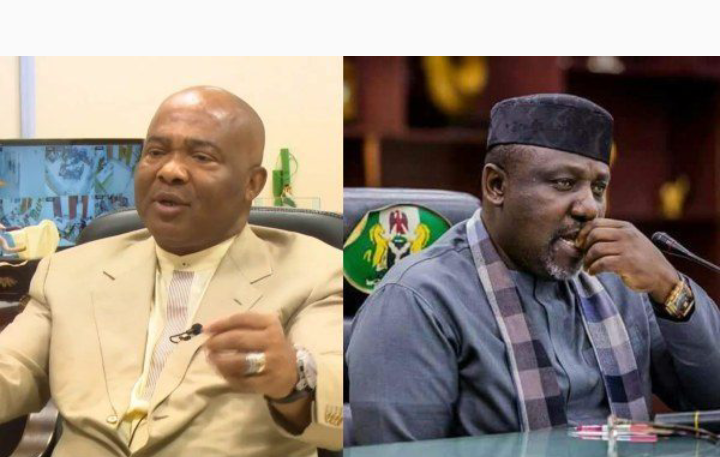 Imo State Governor, Hope Uzodinma has received reports from the Judicial Commission of Inquiry (JCI) on contracts awarded from 2011 to 2019 under former Governor Rochas Okorocha’s administration, including the short-lived period of Emeka Ihedioha.
DAILY POST reports that the JCI findings indicted the former Governors to have misappropriated over 106 billion naira on unexecuted contracts.
According to the chairman of the commission, Justice B. C Iheaka, important findings from the report included a high tech contract scam, outrageous inflation of prices, unprofessional supervision of awarded contracts, several unexecuted contracts among other things.
The Governor while reacting to the JCI reports commended the commission for a thorough job done without compromise.
He also thanked the civil servants for rendering assistance to the JCI during the investigation.
He, however, resolved to hold all persons or companies involved in the said contract scam accountable for it until the monies are recovered from them.
https://dailypost.ng/2020/10/06/alleged-n106-billion-misappropriated-fund-okorocha-others-will-not-go-unpunished-uzodinma/