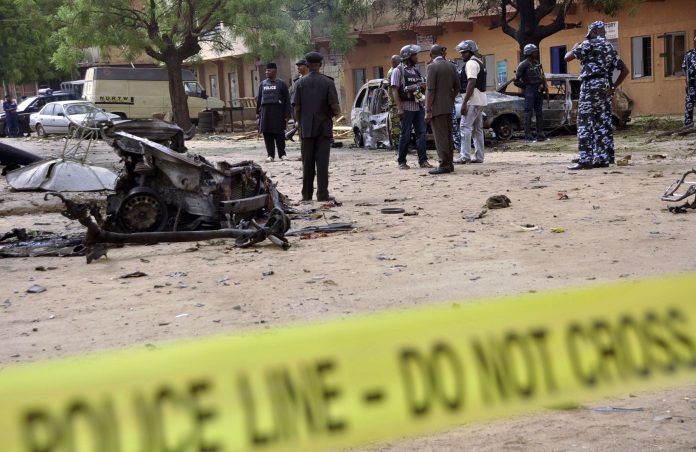 At least five people have been killed and 16 others injured in triple explosions that rocked Maiduguri, the Borno State capital.

The explosions occurred on Thursday evening in Custom Area, a densely populated part of the town.

The explosions occurred a day after gunmen, believed to be terrorists, attacked the convoy of Governor Babagana Zulum at Baga.

Confirming the explosions, the Borno State Commissioner of Police, Mohammed Aliyu, said the explosions occurred in Mairi, Custom and Gwange areas of the metropolis.

He said the actual cause of the explosions was yet to be ascertained, but that police teams had been dispatched to the areas.

He said: “We have dispatched our Explosive Ordinance Detection (EOD) to investigate the incidents and to determine whether it was an Improvised Explosive Device (IED). Right now, I am at the Specialist Hospital where we have 16 casualties and one dead so far,” the commissioner said.

The General Officer Commanding (GOC) 7 Division of the Nigerian Army, Brigadier General Khalifa Ibrahim, has visited the scenes of the blasts for an on the spot assessment.

Officials of the Borno State Emergency Management Agency (SEMA) have evacuated the bodies of the victims from the scenes of the blasts.