“I Foresaw Trouble In US Politics” 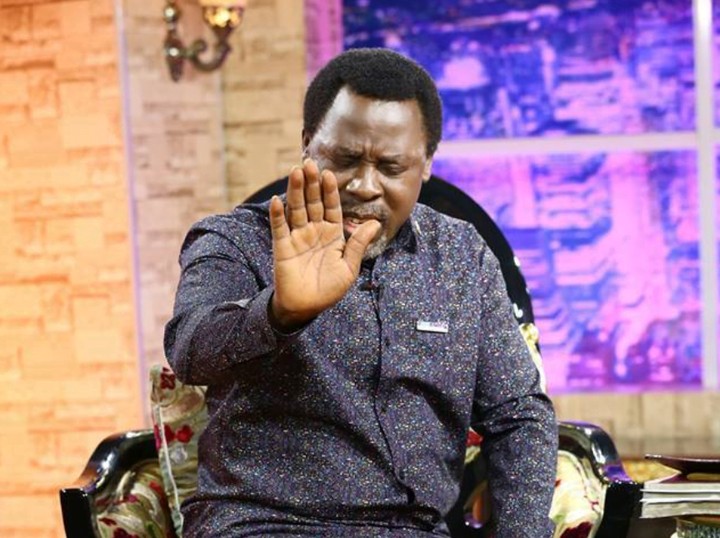 Igbere TV reports that founder of the Synagogue Church of All Nations Prophet T.B. Joshua says he is praying for US President Donald Trump who announced he and wife Melania tested positive for coronavirus on Friday.
Joshua recalled on Saturday his prophecy given on November 6, 2016 just before Trump won the election.
“I want to share with you what I saw 10 days ago. I saw the new president of America. The new president will be facing challenges over many issues, including passing bills, an attempt to possibly pass a vote of no confidence in the future,” he wrote on Twitter.
“In summary, I can see that the boat of the new president will be rocked. When you are inside the boat and the boat is rocked – the water there is troubled…”

On December 28 2019, the popular preacher released his prophecy for 2020. Concerning America, he said: “Approach to the security issue will affect the candidates and swing voters in the next election. It will be tough in the election. They should pray against a recount. It may be too tight.”

In 2016, part of his prophecy for the US was that the new president would face “challenges over many issues, including passing bills” and “an attempt to possibly pass a vote of no confidence in the future”

Igbere TV reports that several top White House officials have also tested positive for coronavirus just one month to the presidential election which the US Justice Department and FBI are envisaging would witness violence.
Meanwhile, Trump has been moved to a military hospital after his health grew worse.