Young Man Recounts How He Moved From Poverty to Now Running a Company, Photos Inspire Many on Social Media 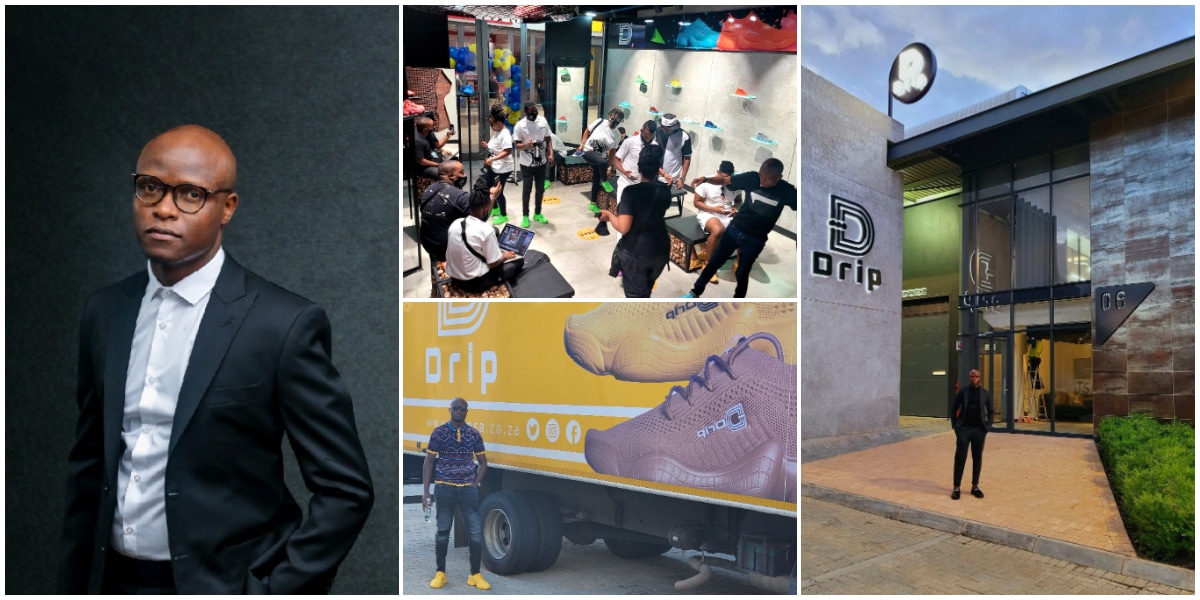 A business man has taken social media down memory lane of how he went from being a poor boy to a chief executive officer of his own enterprise.

Taking to Linkedln, the man identified as Lekau Sehoana said it wasn’t easy for him growing hope as his unemployed mum raised him, along with three of his siblings.

He said he studied poverty and learnt to survive with limited resources. In the course of his challenges, he got inspiration and made his first shoe from old sneakers buyt today he is an employer of labour.

According to him, his Drip Footwear company which is over a year old employs 70 persons.

“In 2003 i was in Grade 8, that was the year i actually realised that we were very poor at home. Mom raising 4 kids by herself and being unemployed. When the School asked us to come wearing our home clothes, that was when i knew i also had to look different in order to fit in.
“I then studied Poverty, and it taught me how to survive with limited means, also, how to build with limited resources.

“We built the Business and Brand from Zero without any funding. From the day that i made my first Shoe in 2003 using old torn Sneakers to the day i sold the first pair of Drip on 26 July 2019 has been tears, trial, losses, stress etc.

His post got massive reactions as many described his story as one of motivation.

The young man identified as Desmond Tanko joined the viral “How it started vs how it’s going’ trend and shared his story on Twitter.

According to the post he made, he used to live in a dilapidated house but did not let his background hold him back.

He worked hard in school as a student and managed to make it into world-renowned university, Harvard.

One thought on “Young Man Recounts How He Moved From Poverty to Now Running a Company, Photos Inspire Many on Social Media”