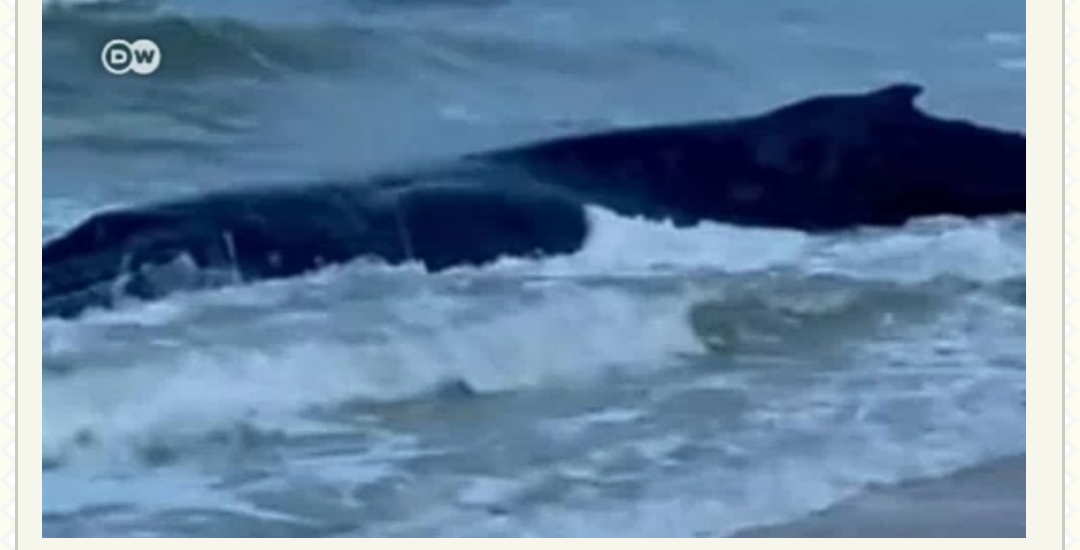 The marine mammal got stranded at Lumley Beach in Sierra Leone’s capital. Many people from around Freetown capital came to watch the stranded whale. A tractor eventually helped move the mid-sized humpback back into the sea.

On the 23rd of June, 2021, the people of Sierra Leone found a big whale at the shores of Lumlay beach in Freeland.

According to the video that went viral on social media, many people were seen pouring water on the fish to keep it alive.

According to my research, this is the first time such a fish is appearing at the shores of that beach, and the size of the whale proves that it is still a baby.

Some policemen were at the beach to make sure the whale isn’t killed.

In a video shared on Facebook, some persons were curious to know if the whale was alive.