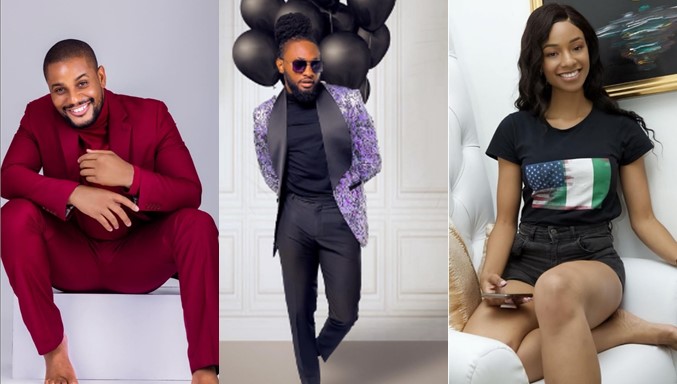 Can This Be True? Uti Nwachukwu allegedly responsible for Fancy Acholonu calling off her wedding with Alex Ekubo (See Details)

Nigerian actor, model and TV host, Uti Nwachukwu has been alleged to be the cause of the recent breakup between Alex Ekubo and ex-fiancée, Fancy Acholonu.

Fancy had on Thursday, announced that her wedding to Alex has been called off, signaling the end of their relationship.

Following her statement, a popular blogger Gistlovers, implied that Alex is gay and went on to insinuate that Uti had a hand in the failed relationship.

Gistlovers then advised Ekubo to decide if he really wants to be with a man or a woman.

The blogger wrote; “Uti you can now rest I come in peace,igi pawpaw oni wo luwa o

Hello tueh tueh, Brosis Alex You can’t be everywhere bro,it’s either you for the gehs or for the prick,you wan carry wife for house wey you no go touch or maybe once

Do you think the accusation of Alexx Ekubo and UTI Nwachuckwu of being gay a mere rumour or truth?