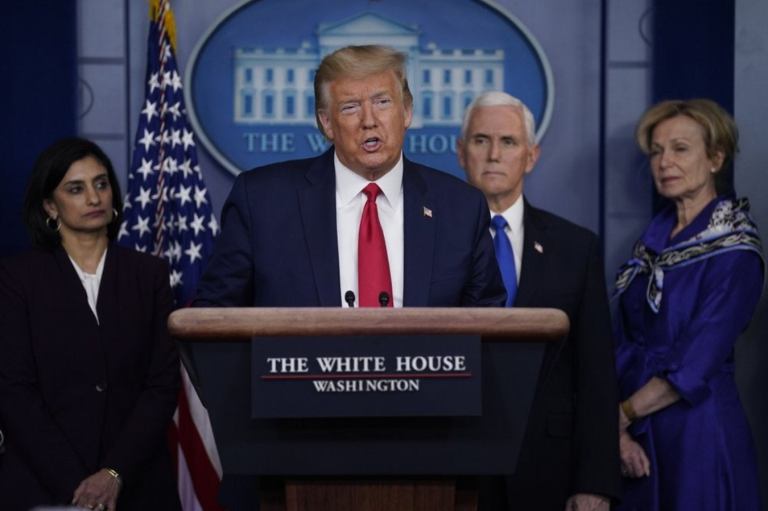 President Donald Trump teased that he has heard some “interesting things” about Roswell during an interview with his son, Donald Trump Jr.

Don Jr conducted an interview with Mr Trump as a Father’s Day special, and asked jokingly if his father would “let us know what’s really going on.”

“I won’t talk to you about what I know about it, but it’s very interesting,” Mr Trump said.

Roswell, New Mexico is infamous for a 1947 UFO sighting and crash. The US Army Air Force claimed the object that crashed was a weather balloon, but the explanation has not dissuaded UFO enthusiasts from treating the city and the broader region as a kind of pilgrimage site. Eventually the US military admitted that the wreckage was part of a top-secret atomic project.

The city is the home of the International UFO Museum and Research Center and various other UFO-centric museums and businesses.

In response to his father’s comment, Don Jr asked if Mr Trump would consider declassifying the information.

“Well, I’ll have to think about that one,” Mr Trump responded.

Mr Trump has said in the past that he’s sceptical when it comes to the idea of extraterrestrials and UFOs.

“People are saying they’re seeing UFOs. Do I believe it? Not particularly,” he said last year after being briefed on UFO sightings.

The videos were released at the same time that the US Navy was instituting guidelines for how its pilots should file reports when they believe they’ve seen possible UFOs.

Don Jr is not the first interviewer to ask a president or presidential hopeful about aliens.

On his podcast, Joe Rogan asked Vermont Senator Bernie Sanders if – had he become president – he would disclose UFO information to the public.

“Well I tell you, my wife would demand I let you know,” Mr Sanders replied, admitting his wife was interested in UFOs.

Hillary Clinton, during her 2016 presidential run, told Jimmy Kimmel that she would “like us to go into those files and make as much of it public as possible.”

Her husband, President Bill Clinton, also claimed that during his time in office he asked aides to look into whether or not the government was keeping aliens at Area 51, and that the movie Independence Day was the motivator for his curiosity.