Tinubu is APC commander, we do what he says – Obasa 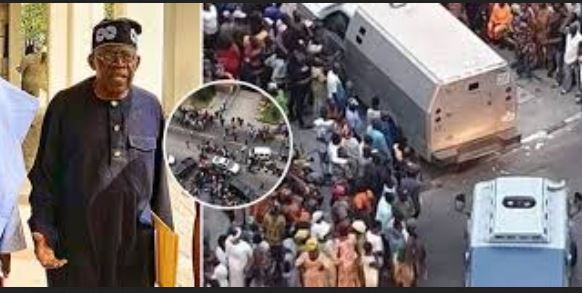 Speaker of Lagos House of Assembly, Mudashiru Obasa, has described former Governor, Bola Tinubu, as the commander of the All Progressives Congress (APC).

He said this on Tuesday when he received Tokunbo Abiru, the APC consensus aspirant for the forthcoming Lagos East Senatorial bye-election.

The seat became vacant after the death of Senator Bayo Osinowo.

“It is the responsibility of all of us in this House and not those from Lagos East alone to support you. It is our election because whatever the outcome, it has implications on all of us, our party in Lagos, and what will happen in the next election of 2023.”

Obasa disclosed that he and party members listen to Tinubu, the APC national leader, and rely on him for direction.

“Whenever he declares this is the way, we follow him. And whatever he says, we ensure it is followed to its logical conclusion. This is not going to be an exemption.”

The speaker said he could attest to the integrity of Abiru.

Obasa recalled that he worked with Ashiru when he was Lagos Commissioner for Finance and he (Obasa), the Chairman, House Committee on Economic Planning and Budget.

“It is people like you that we need in the political terrain now. Somebody that will change the perspective of people about an average politician,” he added.