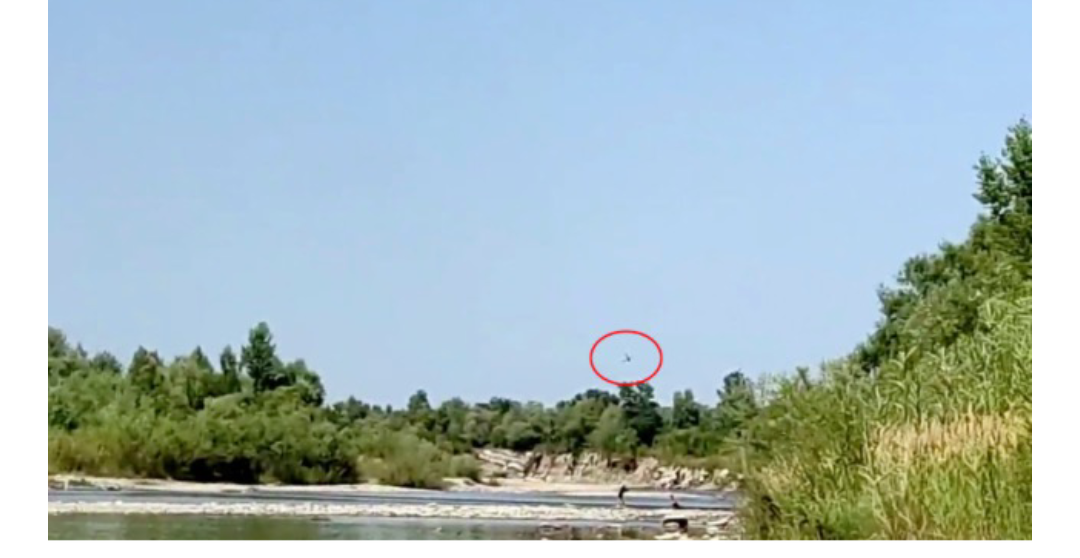 Three American citizens died in the crash, along with the pilot, as the aircraft burst into flames upon impact following a “stunt that went horrifically wrong

The residents of the house, including children, had a miraculous escape, fleeing the devastated building as a fireball ripped through it.

Dramatic footage shows black plumes emerging from the burning home after the aircraft plummeted to the ground near the village of Sheparivts.

Authorities were seen racing to the property as one shell-shocked homeowner filmed the devastation left after the tragic incident.

The four victims of the crash have since been named as Avrohom Fromowitz, Heshy Weiss, Lazer Brill – all of whom are Jewish American citizens – as well as pilot Ihor Tabanyuk, 60.

The group were believed to be visiting holy sites in Europe ahead of Mr Fromowitz’s wedding.

Early witness reports suggest that there is suspicion that the pilot had been doing aerial stunts moments before the crash as witnesses described seeing the aircraft attempt loops in the Ivano-Frankivsk region.

Mr Tabanyuk, who owned a local airfield, was known for performing aerobatic stunts.

His friend Dmitry Komarov, a Ukrainian TV travel host, said: “He was one of the best pilots in Ukraine.

“A man who devoted his whole life, time, strength and energy to aviation.”

Mr Kemerovo also suggested that the crash may have been caused by a failure of control due to a technical issue, a loss of consciousness by the pilot, or a passenger interfering with the piloting.

“It is important to conduct a detailed investigation,” he added.

The crash left the home devastated, as resident Olga Korcheva, 39, reportedly fled the property with her teen children.

Meanwhile homeowner Valery Pomogaev, 67, told TSN: “My eldest daughter with her children, a daughter and son, were inside.

“They heard the explosion.

“First there was an impact, then an explosion, and they rushed out.”

His granddaughter, Anastasia Korcheva then posted a video showing damage to the inside of the house and blamed the actions of the “inexperienced pilot”.

Women don’t ride bicycles in Pakistan; I only learned to ride one at the age of 30.