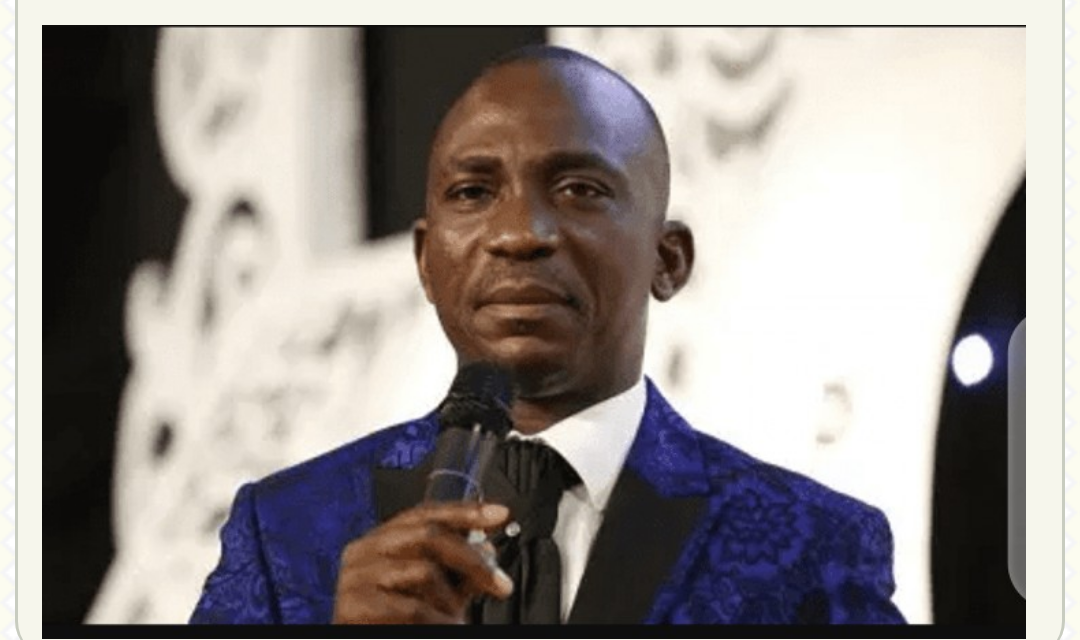 The Senior Pastor of the Dunamis International Church Centre, Dr Pastor Paul Enenche has narrated a shocking story of how two notorious kidnappers who disguised as Bishop from Gambia and a naval officer stormed the church’s headquarters, Glory Dome, at the Airport Road Abuja to defraud him.

The renowned preacher narrated the incident during a sermon on Wednesday last week, according to the video making the rounds on social media.

The pastor who was teaching about the power of the Holy Spirit, said the two men were exposed through the help of the Holy Ghost, stating that their aim was to dupe the church and possibly kidnap some worshipers like they had hitherto done in other churches.

Dunamis Pastor, Paul Enenche clears air on alleged buying of private jet
According to him, one of the men who pretended to be a bishop from The Gambia, said he came to Nigeria to meet with him for prayer after having an encounter with the man of God in a trance.

He stated that the suspected criminals were exposed during a chat with a little girl who they kidnapped from Anambra State. He revealed that the assailants were handed over to the law enforcement agents after which, they confessed to be criminals.

Details of the story reads, “On Monday I received a text message from a Bishop who claimed he came from the country of Gambia and that he wanted to see me because he had an encounter where he was directed to meet with me so that I can pray and impact him so he can return to Gambia.

“He said he got someone’s number who would give him my contact, so after contacting the person, he (man in Nigeria) urged him to come to him so they would both meet me.

“The Bishop told me that the man who promised to bring him to me demanded for N1 million which according to him, he gave but said the person was no longer answering his calls.

“When I got the text, the first thing I said was “this is stupidity, as a bishop do you give people money before they see you? In any case, we will go to the root of that case. Whoever that person is, we shall arrest him.

“We called our pastor in the Local Government where the man said he was, and when our pastor met the man, he told us that the story sounded real.

“There was also a naval officer who also heard about him and helped to rescue the ‘bishop’ who according to him revealed my contact which they used to call me.

“Our pastor in the state arranged for them to meet us here in Abuja. When I saw them, I excitedly received them and he narrated all the stories, how he had surgery with some terrible scars on his body.