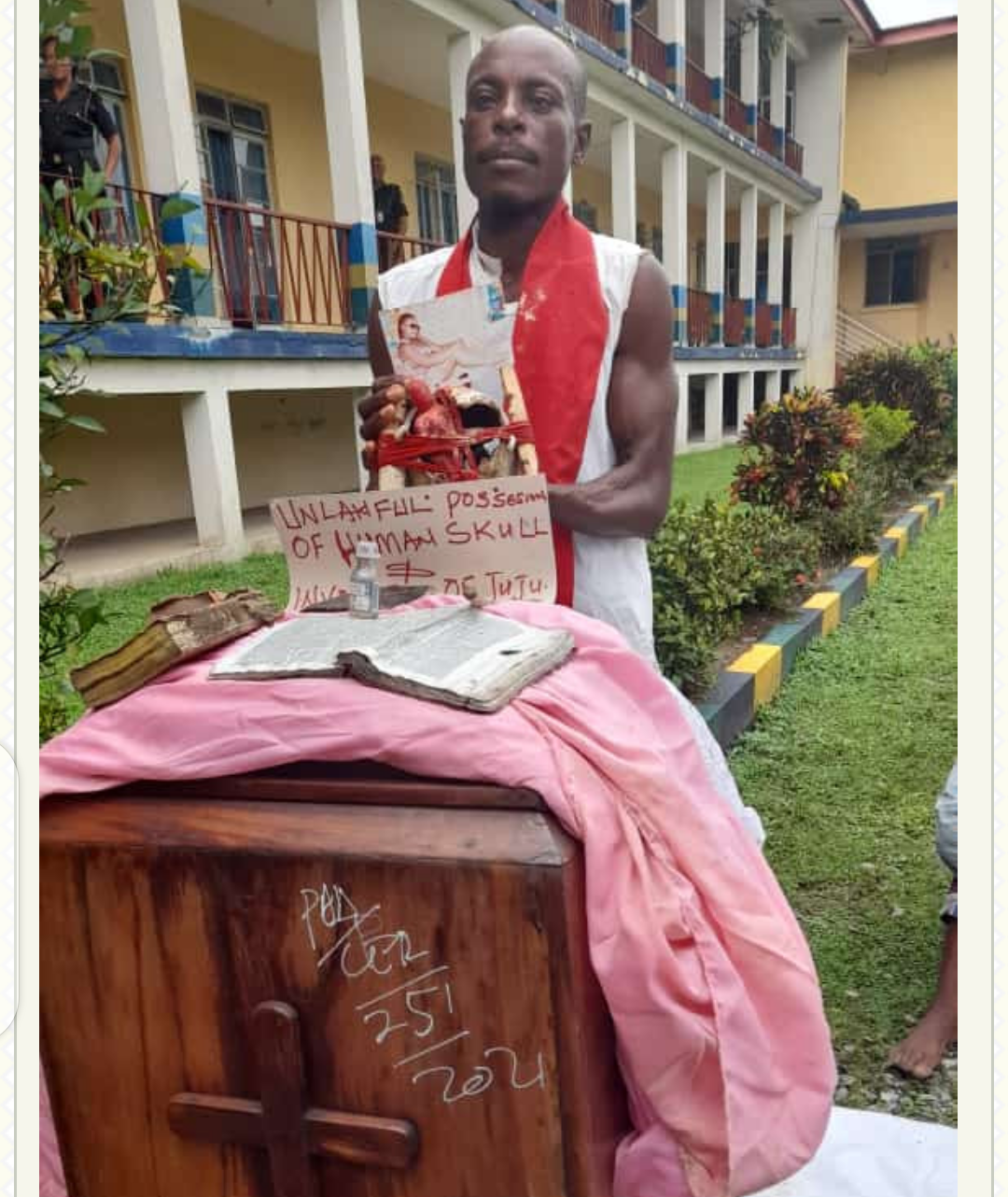 The Police Command in Cross River has arrested the Pastor of United Evangelical Church, Michael Bassey, 45, for unlawful possession of a human skull.

Briefing newsmen on Tuesday in Calabar, Commissioner of Police in the state, Mr Sikiru Akande, said that the pastor was arrested upon a complaint from a concerned citizen on the threat to life.

Akande said that the suspect was arrested at No. 56 Uwanse by Asuquo Ekpo Street in Calabar South.

“The suspect was arrested with one human skull tied with the complainant’s picture and carved human image with red clothes.

Investigation is still ongoing and the suspect will be arraigned in court,” he said.

Bassey, however, told newsmen that he was not into any diabolical act.

According to him, he has been conducting healing services for his congregation members before his arrest.

“I don’t know anything about this human skull. I am innocent of the charges against me,” he maintained.

See Photos As Obtained By NaijaCover Below: