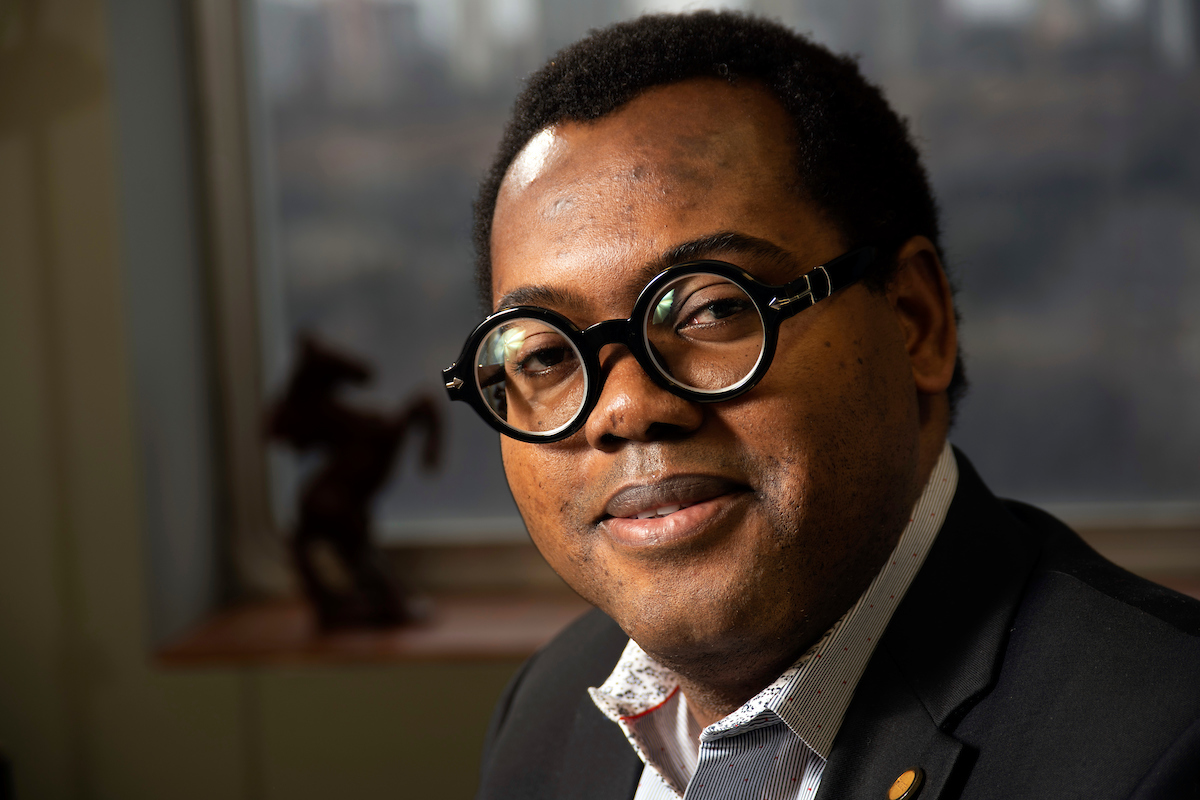 Temitope Oriola, an associate professor of criminology at the University of Alberta, has been appointed as a special advisor on police act review to the government of the Canadian province of Alberta, authorities said in a statement.

The don was hired, for a six-month term, to provide independent advice to the Albertan government to guide its decision as the province seeks to improve its criminal justice system.
Meanwhile, Alberta, a western Canada province, had last August appointed Nigerian-born Canadian, Kaycee Madu, as its minister of justice and solicitor general.

Upon appointment, Mr Madu had the mandate to see to the changes in the police act and provincial election finance laws proposed by the select special democratic accountability committee.

This was followed by almost 15,000 Albertans completing a public survey that covered several topics related to law enforcement, such as the role of police in the community, processes for handling complaints from the public and officer discipline, the government said.

Mr Oriola, a PREMIUM TIMES columnist and joint editor-in-chief of African Security, has now been appointed to advise the government on how to review the changes intended for the police act which is expected to be completed this fall.

“With a body of research and published articles on law enforcement issues, Dr Oriola brings specialized experience and knowledge to reforming policing in Alberta,” Mr Madu noted in the statement released Wednesday.
“Dr Oriola’s academic expertise and lived experience will also help us shape the ongoing engagement with diverse and racialized communities and ensure that our work to modernize policing in Alberta continues to be inclusive,” he added.

Speaking on his appointment, Mr Oriola said he hopes to use his expertise in criminology and as a person of colour to entrench “law enforcement practices that rarely rely on force and police organizations that are trusted by all the communities they serve.”
The academic whose expertise straddles policing and the use of force by police, transnational crimes, terrorism studies, resource conflict and social movements added that his goal was to develop a framework for the state police on how to reduce excessive use of force, while ensuring officer safety.

“I am pleased to join the team of committed professionals dedicated to retooling the Police Act for 21st century policing. This will provide a socio-legal framework to reduce excessive use of force, ensure officer safety and enhance trust in and legitimacy of police organizations,” he said.Mr Oriola is a two-time Carnegie fellow and recipient of the Governor General’s Academic Gold Medal. He is also president of the Canadian Association of African Studies.https://www.premiumtimesng.com/news/top-news/445178-nigerian-professor-appointed-advisor-on-police-reform-in-canada.html

Joy as State Governor Give Scholarship of over 5million naira to a 13-year-old Nigerian who copied the design of the Borno flyover.

What do Natalie Portman’s arms imply about contemporary femininity?