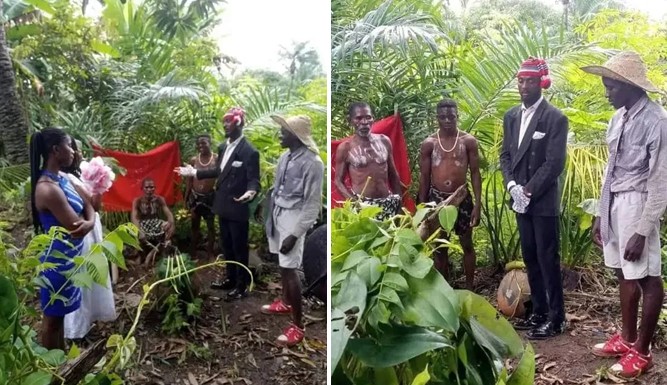 A young yet-to-be identified Nigerian man has defied the norm of either getting married in a church, mosque, in court or traditional mediums.

The man who is said to be an idol worshipper and his wife held their white wedding in a shrine.

The young couple were spotted wearing typical white wedding outfits of a suit and tie for the man and white dress for the bride while doing their wedding in a traditional shrine inside the bush.

According to sources, he wanted to fortify himself and protect his wife from other men.

The unidentified man decided to marry his wife in a shrine due to rampant infidelity, in order to instill fear in her.