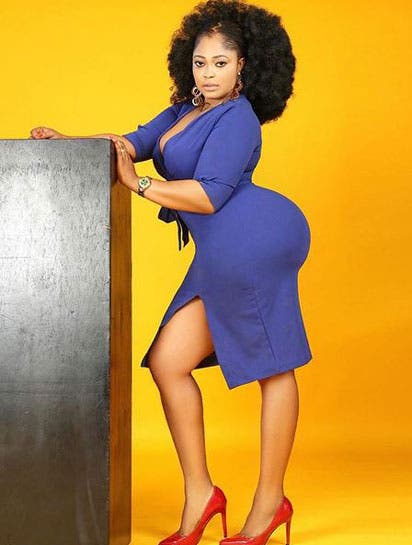 Nollywood actress, Biodun Okeowo popularly known as Omoborty has just clashed with her followers on Instagram over her recent post.

The movie star and mother of two had posted a video of where she’s playing with her daughter and asked her fans to guess what they were doing and a fan commented ‘ Lesbians’.

Kemi Filani would recall that Omoborty had advised her fans and followers on social media to stop making human beings your role models, but God.

She wrote: “Stop blaming celebrities or public figures for your mistakes just because you made them your role models.
Don’t make human your role model. Make God your role model.
We are all full of imperfections.
No mortal is perfect, we all have flaws. In essence If you can’t find a good role model, be one.”