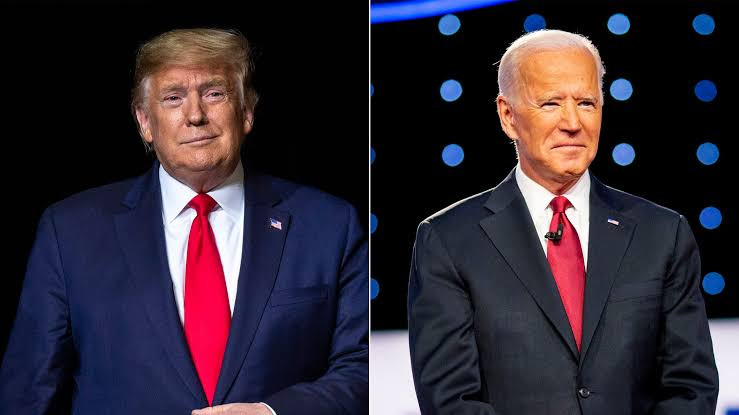 US President, Donald Trump and Democratic challenger Joe Biden have both revealed the eye-popping fundraising records both campaigns received last month, with Biden’s campaign getting $10m more money than Trump’s .

The former vice president’s campaign announced on Wednesday night that they, the Democratic National Committee (DNC), and their joint fundraising committees got a combined $141 million in June, which was by far the campaign’s best monthly figure to date.

Biden’s campaign called it a “jaw-dropping sum of money”

Biden’s campaign also reported bringing in a combined $282 million with the DNC during the April-June second quarter of fundraising, which was another record.

Meanwhile president Trump’s re-election campaign reported that it and the Republican National Committee (RNC)  brought in a combined $131 million in June and more than $266 million the past three months, another record for the Trump campaign and the RNC.

Even though Trump was beaten in terms of donations in the last two months, Trump’s overall campaign donation outweighs Biden’s.

The president’s team and the RNC reported having over $295 million in their campaign coffers but Biden’s campaign and the DNC didn’t report a cash on hand figure in their Wednesday night release.

The president’s been raising money for his re-election bid since entering the White House three and a half years ago. And the re-election effort’s hauled in an unprecedented $947 million the past two years.

The last time Biden’s campaign reported it’s cash on hand was in May when they said they had a combined $122 million in the bank as of the end of May.

In an email to supporters, Biden campaign manager Jen O’Malley said the funds they were “a true testament that the people are standing behind Joe Biden.”

The campaign also said 68 percent of last month’s donors were new and that the overall average online contribution was $34.

Trump campaign manager Brad Parscale in his own briefing said that the “monumental June fundraising haul proves that people are voting with their wallets and that enthusiasm behind President Trump’s reelection is only growing.”