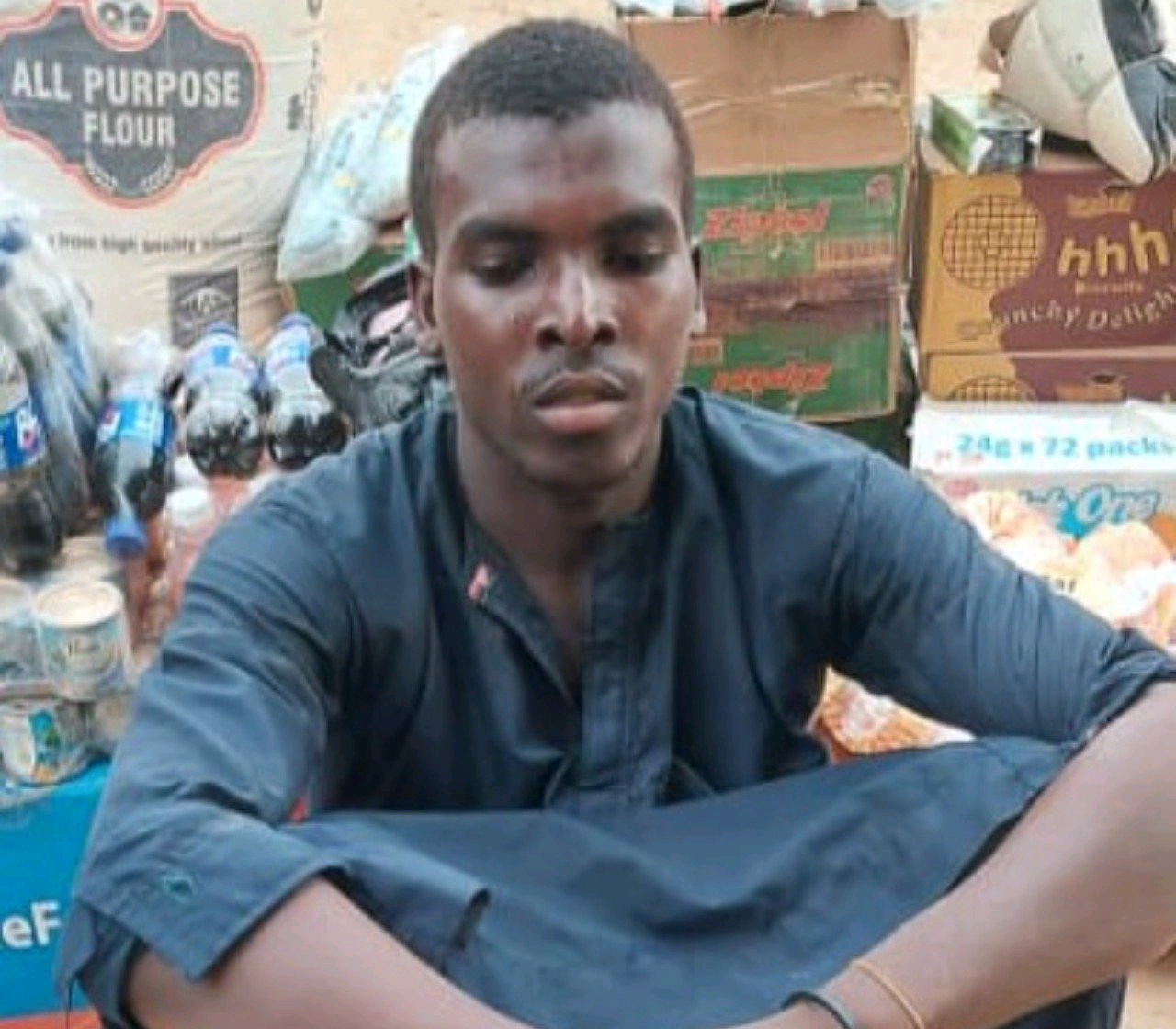 Wida Kachalla, an “errand boy” to Modu Sulum, a notorious commander of the Islamic State in West Africa Province (ISWAP) has reportedly been nabbed in a Borno market.

Kachalla who is a native of Murguba Settlement, a stronghold of the terrorists in the North East was nabbed after troops of Operation Hadin Kai in Borno State killed Sulum.

Two mobile phones were recovered from the suspect who was arrested alongside an ISWAP logistic supplier.

In a move to conceal sensitive information, Sulum was said to have chewed up his SIM cards during the arrest.

“In recent week, we have intercepted communication and couriers of terrorists in their various channels and routes.

“While the suspect chewed and swallowed his SIM Cards we already got the major data for intelligence gathering.

“Other items recovered from him include a Bag of flour, cartons of Biscuits, crates of Evaporated Milk, crates of Soft-Drinks, cartons of anti-grass chemical, Packet of Bicycle Sporks, among other consumable.”