I can beat Biden in write in-votes — Kanye West 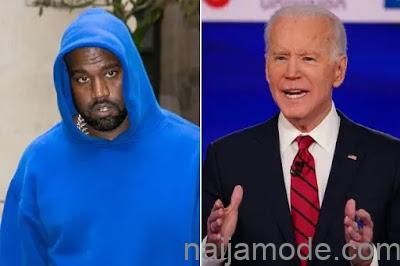 American rapper, Kanye West, has said that he can beat Democratic presidential candidate Joe Biden by write-in votes in the upcoming election.

Kanye announced his presidential bid for 2020 on U.S independence day.

On his verified Twitter page, he wrote; ”I can beat Biden off of write-ins #2020VISION”

However, after his post, Kanye’s mental health was questioned as he went on a tirade last week, calling out his wife Kim Kardashian and her family.

Other users were frustrated that the rapper has been tweeting about everything but music lately, asking West to release the new album.

Though West has missed the registration deadlines in several US states, including Texas, he has filed the necessary documents with the Federal Election Commission (FEC) and managed to get on the ballot in Oklahoma by paying a fee.