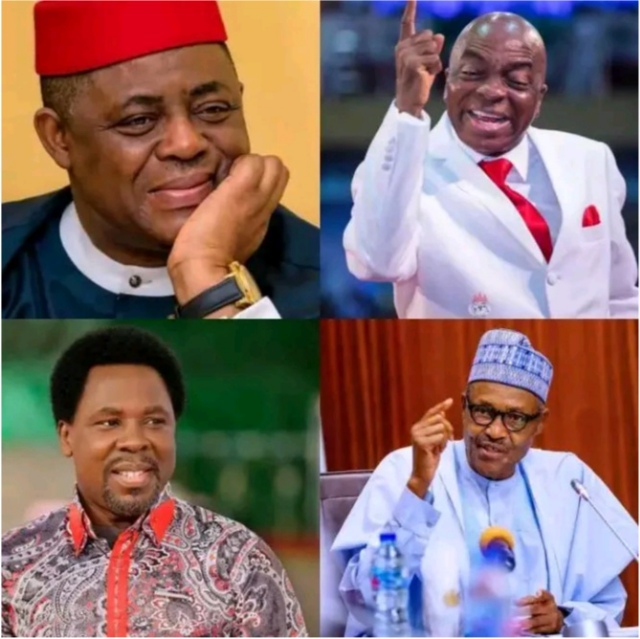 Femi Fani Kayode insists that honor must be given to whom it is due, stating that the omission of some relevant persons in Nigeria’s past and present history is a malicious move by the president.

The naming of roads, railways and many other projects after past and present Nigerian leaders and influencers have left many in awe, many state that the omission of some persons is just not justifiable, while others state that is is the president’s call, not theirs.

FFK tweetiFFK Slams Buhari For Not Naming Train Stations After Obasanjo, Adeboye, Oyedepong minutes ago condemned the omission of many other Nigerians who he thinks deserve to be honored, he made mention of past leaders, pastors, freedom fighters and many others who President Buhari excluded from the list.

Catching the eyes of many Nigerians is the exclusion of former president of Nigeria, Olusegun Onasanjo, Umaru Musa Yar’adua and some clergymen who have fought for the growth of Nigeria, Bishop David Oyedepo, Prophet TB Joshua and many others.

Making his condemnation known, he stated that we should not allow political games and gimmicks to get in the way of decision making, judgements and thinking, he insisted that honor should be given to whom it is due.

It is well known that Bishop David Oyedepo is a popular preacher, business man, author, architect and the president and founder of the Living Faith Church Worldwide, a church that has gained a global recognition based on it’s faith and prosperity teachings.

Same goes to Prophet TB Joshua of the Synagogue Church For All Nation, SCOAN, a mega church based in Lagos State with members in attendance from all over the world. TB Joshua also has global recognition for his miracle, signs and wonders.

“I believe that the exclusion of OBJ from the list of those honored by having railway stations etc. named after them was petty, malicious, spiteful & sacrilegious. We must not allow politics to becloud our thinking and judgement and we must give honor to whom it is due.

One thought on “FFK Slams Buhari For Not Naming Train Stations After Obasanjo, Adeboye, Oyedepo”