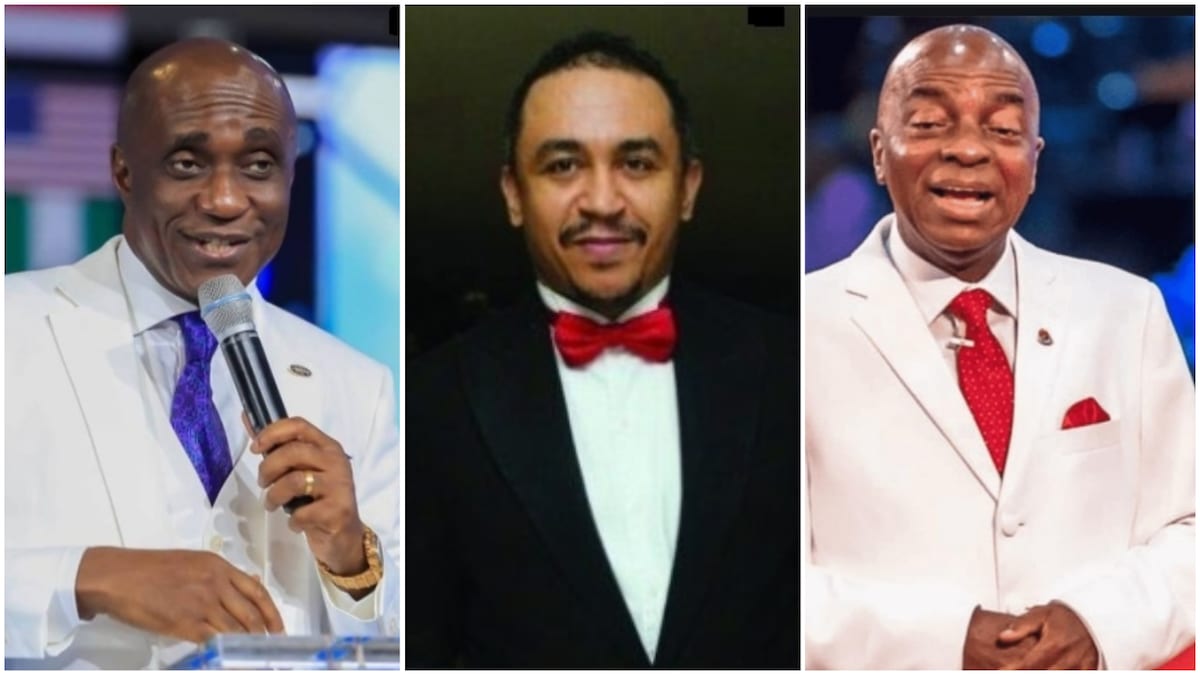 Daddy Freeze has finally responded to the viral-video which insinuated that he insulted Bishop David Oyedepo, founder of the Living Faith Church (a.k.a Winners Chapel).
The On-Air Personality and leader of the Free Nation in Christ, in an about 10 minutes video posted on his Youtube channel on Monday, September 7, noted that he never insulted the renowned clergy as insinuated by Pastor David Ibiyeomie, the General Overseer of Salvation Ministries with headquarters in Port Harcourt, Rivers State.

Naija News understands that Pastor Ibiyeomie is a spiritual son to Bishop David Oyedepo of Living Faith.
Speaking on the alleged critics and insult, Freeze recalled that even Jesus Christ, Paul, Peter and even the Pharisees were during their time criticised.
The OAP said he finds it devastating that Pastor Ibeyeomie could even go to the extent of dragging the Somalians into his arguments.
Freeze called the attention of Nigerians and authorities over the ‘death’ threat on him by Pastor David Ibiyomie. He further noted that he was proud of his profession as a broadcaster which the clergy condemned on his pulpit.
Maybe broadcasters should start collecting tithes and offering too,” Freeze questioned Ibiyomie.
He noted further that the clergy’s statement is derogatory and symbolizes hate speech.
Freeze asked Pastor Ibiyeomie if he had in his statement showed the likeness of Christ as a clergy.