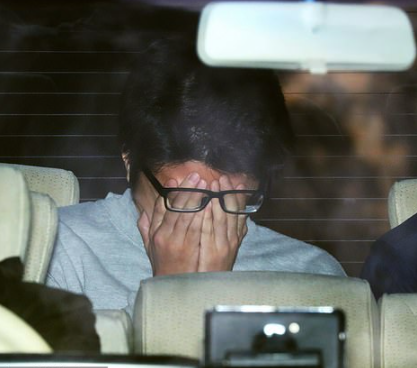 A Japanese man, dubbed the “Twitter killer” after he lured suicidal social media users to their death, admitted in court on Wednesday, September 30, to killing nine people, local media said.
Takahiro Shiraishi, 29, is also accused of dismembering his victims and storing body parts in coolboxes, did not contest nine counts of murder, saying they “are all correct”, public broadcaster NHK reported.
But lawyers for Takahiro Shiraishi argued the charges should be reduced because the victims – who had expressed suicidal thoughts – wanted him to kill them.
He is accused of using Twitter to contact victims aged between 15 and 26 who talked online about committing suicide, telling them he could help them in their plans – or even die alongside them.

His lawyers want the charges against him reduced to “murder with consent”, which carries a prison sentence of between six months and seven years.
He is also facing rape charges, according to media reports.
Shiraishi was detained three years ago by police investigating the disappearance of a 23-year-old woman who had reportedly tweeted about wanting to take her own life.
After she went missing, her brother apparently gained access to her Twitter account and noticed a suspicious handle.
The profile read: “I want to help people who are really in pain. Please DM me anytime.”
In a post made on October 21, Shiraishi wrote: “Bullying is everywhere, in school and at work.
“There must be many people in society who are suffering after attempting suicides, though their cases are not reported in the news. I want to help such people.”
If convicted of murder Shiraishi faces the death penalty, which is carried out by hanging in Japan.
Reports in 2017 – including NHK public television – said his first victim was a woman whom he got in touch with via Twitter, offering to assist her suicide wish, then killing her boyfriend to silence him.
They said Shiraishi used similar tactics to kill seven other women.
The reports explained that one of the women contacted Shiraishi via Twitter in late September, seeking a partner for a suicide pact and saying she was afraid to die alone.
The woman’s brother reported her disappearance to police the next day.
When he sought information about his sister’s disappearance on Twitter, an unidentified woman replied that she had met Shiraishi and agreed to cooperate with police by setting up a fake appointment.
Two investigators then followed Shiraishi back to his apartment and knocked on the door, public broadcaster NHK said.

When they asked him if he knew where the missing woman was, Shiraishi pointed to one of eight coolers, saying “She is in here”, NHK said, quoting investigative sources.

Japan has the highest suicide rate among the Group of Seven industrialised nations, with more than 20,000 people taking their lives annually. While the suicide rate has been falling since it peaked in 2003, it remains particularly high among young adults and schoolchildren.