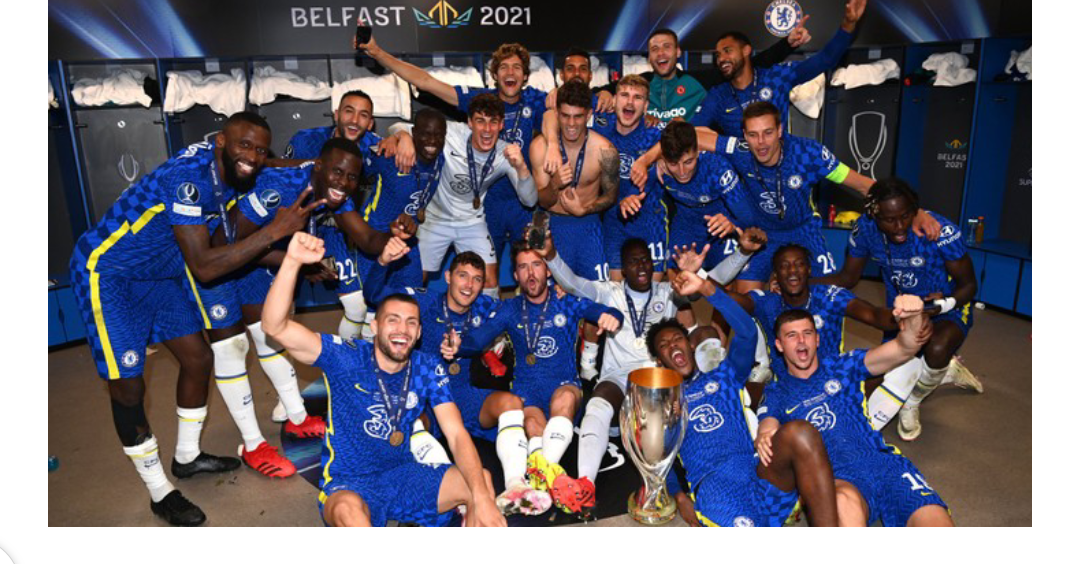 Chelsea can now start the new season with a trophy already.

After the trophy presentation, Chelsea Players continued their celebrations in the dressing room.

Kurt Zouma and Rudiger showed off their dance moves to a tekno song.