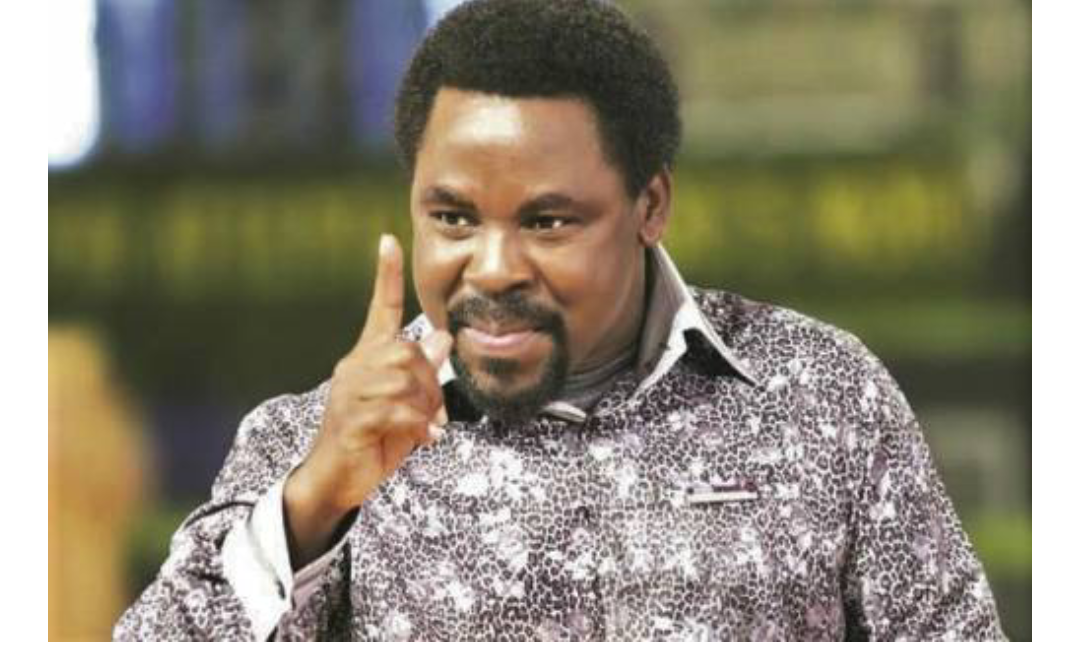 After the release of over 90 kidnapped pupils of Salihu Islamic school, Tegina, Rafi Local Government Area of Niger State, the Head Teacher, Alhassan Garba Abubakar and other parents have said that they wished the late Prophet Temitope Balogun Joshua, also known as T.B Joshua, was still alive to receive the children after his role.

While confirming that the late Prophet had offered to pay the ransom but died the day he asked for the details of the school’s account, Abubakar said: “The Man of God intended to transfer the N200 million ransom and he prayed for us and for the release of the children”.

It should be recalled that the state government had refused to pay ransom to the kidnappers, because they (bandits) often used the money to buy more sophisticated weapons with which they terrorise the people according to the government.

The Head Teacher, Alhassan, who expressed mixed feelings over the release of the children after a long stay in the hands of the bandits, said: “Even though we could not get the promised money, we really appreciate T.B Joshua.”

While disclosing that ransoms were paid to secure the freedom of the abductees, some parents expressed no regrets for whatever amount they paid to the bandits that ensured the safe release of their children.

According to Abubakar: “Except for the child that we lost, we thank Allah that all of them returned alive and well.” He was, however, evasive over the amount of the ransom paid saying: “I meant the ones gathered by the parents and well-meaning people; it does not mean the state government did.”

Some other parents, who were ecstatic, appreciated God for the safe release of their children and thanked everyone that played one role or the other.

One of the parents, who spoke to our Correspondent on the basis of anonymity, thanked God for the safe return of the children and added: “We do not pray that this happens again or to any parent. It was a painful and traumatic experience for all of us.”

He described the 89 days his children stayed with the bandits as the most agonizing period of his life, especially not knowing if they were alive or dead.

Accordingly, he said: “Every day we woke up with pain. Some of us parents as a result of this issue became hypertensive. But we thank God that the ransoms kept our children alive until they were finally rescued.

Even though we sold our valuables, we are happy our children returned back home alive. We thank God for Prophet T.B Joshua for his role because when he told us that he will pay the N200 million ransom we were so happy but later heard that he died that same day we were to send our bank details.”

The Proprietor of Islamic School, Mallam Idris Umar and father of a nine-year-old boy that died in captivity said though he was happy with the safe return of the pupils, he, however, is pained by his inability to give his son a proper burial.

Umar, whose five children were among the 91 children kidnapped, told journalists in Minna: “Although, I see the death of my child as the will of God, I would have been more fulfilled if the child had died at home.

“This would have given me the opportunity to give him a befitting burial. I thank Allah that the others are alive and also other children that were kidnapped. Their continued stay with the bandits was a traumatic experience for all of us.

“But despite all that happened, today everyone is happy over the release of the entire children. We thank God that all our pains and sufferings are over.”

While narrating their ordeal, one of the released children, who gave his name as Musa, claimed that the day they were kidnapped, they trekked for hours without food or water to drink and they crossed many villages.

According to Musa, who spoke in Hausa language: “We trekked for days without food or water. We only rested a little when the bandits noticed that we were tired and afterwards continued.

And it was so difficult since we had to carry the little ones on the back as they could no longer walk because they were weak and tired before we finally got to the hideouts of the bandits in the forest.

“Since we got kidnapped, we never took our bath. We were fed with small amounts of Indomie or beans in our hands. Some days, we stayed hungry as there was nothing to eat.

We were kept together in one small room in the forest. Sometimes, we are beaten if we try to complain of hunger or ask questions. We thank God we are alive and reunited with our families.”

Girl Had Triplets At 19