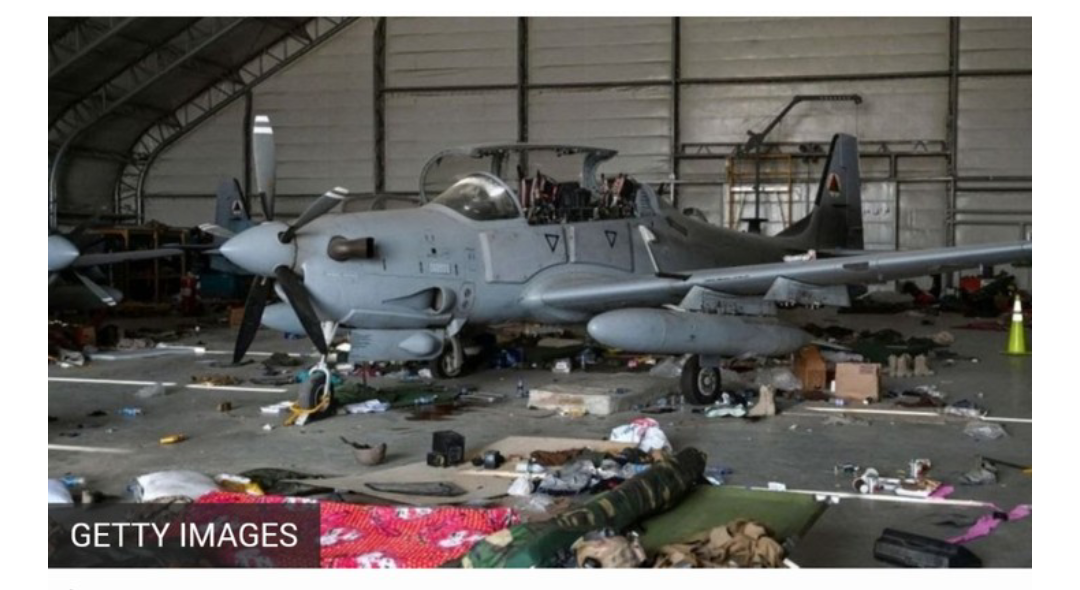 The US military disabled scores of aircraft and armored vehicles as well as a high-tech rocket defense system at the Kabul airport before it left Monday, a US general said.

Central Command head General Kenneth McKenzie said 73 aircraft that were already at Hamid Karzai International Airport were “demilitarized,” or rendered useless, by US troops before they wrapped up the two-week evacuation of the Taliban-controlled country.

Those aircraft will never fly again… They’ll never be able to be operated by anyone,” he said.

“Most of them are non-mission capable to begin with. But certainly they’ll never be able to be flown again.”

He said the Pentagon, which built up a force of nearly 6,000 troops to occupy and operate Kabul’s airport when the airlift began on August 14, left behind around 70 MRAP armored tactical vehicles — which can cost up to $1 million apiece — that it disabled before leaving, and 27 Humvees.

The vehicles “will never be used again by anyone,” he said

The US also left behind the C-RAM system — counter rocket, artillery, and mortar — that was used to protect the airport from rocket attacks.

The system helped fend off a five-rocket barrage from the Islamic State on Monday.

“We elected to keep those systems in operation up until the very last minute,” before the last US aircraft left, McKenzie said.

“It’s a complex procedure and time-intensive procedure to break down those systems. So we demilitarize those systems so that they’ll never be used again.”

One thought on “Taliban Disappointed As US Disabled Planes Before Leaving Kabul Airport (Video, Pix)”