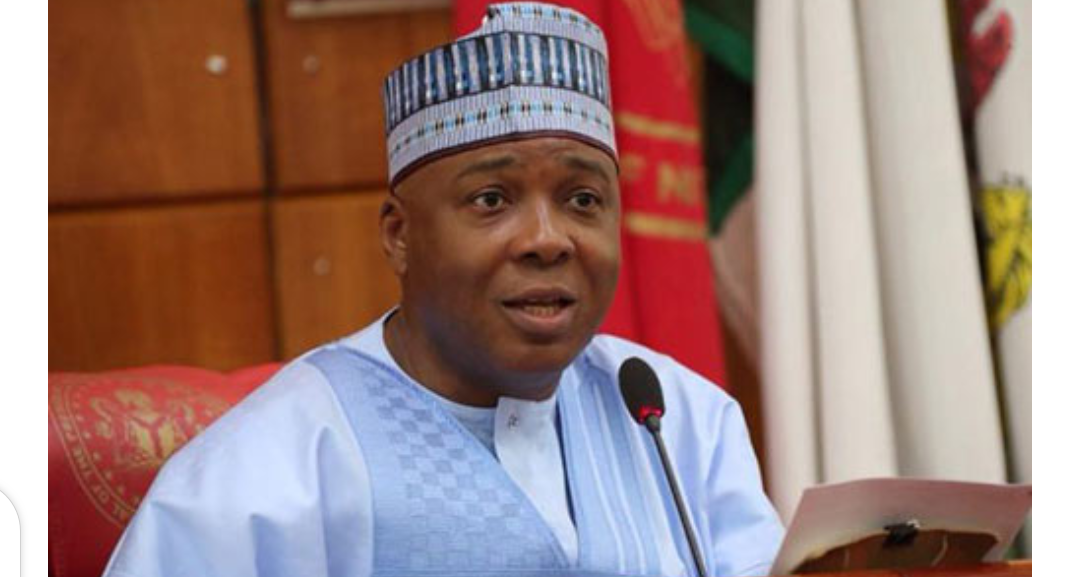 Former Senate President, Bukola Saraki, has described as untrue a statement by the Presidency that the 8th National Assembly under his leadership did not organize any security summit to address the insecurity challenges in the country.

Saraki in a statement titled ‘8th Senate Did Organise a Security Summit At NAF Conference Centre on Feb. 8 and 12, 2018’ and signed by Yusuph Olaniyonu, Special Adviser (Media and Publicity) Abubakar Bukola Saraki Media Office said those representing President Muhammadu Buhari must ensure their facts are based on truth and not falsehood.

The Media Office of Dr. Abubakar Bukola Saraki, the immediate-past President of the Senate, notes with dismay the claim contained in the seventh paragraph of a press statement released on Tuesday, July 13, 2021 and signed by Mr Femi Adesina, Special Adviser to the President (Media and Publicity) in which President Muhammadu Buhari was quoted as saying that “he tried very hard to get the 8th (National) Assembly to do same (organise a security summit) for the sake of the country “and I didn’t succeed much. But time has proved me right”.

“The President was said to have made the claim while receiving the report of the National Security Summit held on May 26, 2021 by the 9th House of Representatives from Speaker Femi Gbajabiamila.

On a matter as sensitive and important in the scale of constitutional responsibilities of the legislature as security, it will be irresponsible of us not to state the true situation concerning the claim by the Presidency. We need to inform the general public that the 8th Senate, without any prompting from the Presidency, organised a well attended two-day Security Summit on February 8 and 12, 2018.

The Security Summit was organised by the ad-hoc committee of the 8th Senate on the Review of the Security Infrastructure headed by incumbent Senate President, Dr. Ahmed Lawan who was then Senate Leader and it held at the Nigeria Air Force Conference Centre, Kado, Abuja. The Summit was declared open by the incumbent Vice President, Prof. Yemi Osinbajo. Also, the leadership of the armed forces and other security agencies were all present at the closed door deliberations.

After the report of the Summit was adopted by the Senate in the chamber, the 20-point recommendation was officially forwarded to the President for consideration and necessary action.

The Media Office of Dr. Abubakar Bukola Saraki is constrained to make the above clarification for posterity sake because we have noticed the recent trend in which some sources deliberately push out false narratives aimed at shifting blames and passing the buck arising from the security and other challenges confronting the country on the 8th National Assembly. We urge discerning members of the public to always take their time to properly check the veracity of the claims contained in such narratives.

We believe that facts are sacred and opinions are free. Therefore, we urge those in charge of representing the views of the President to the public to always check their facts very diligently and ensure that such reports are based on truth and nothing but the truth.

One thought on “Stop Lying To Nigerians On Security Matters, Saraki Tells Presidency”