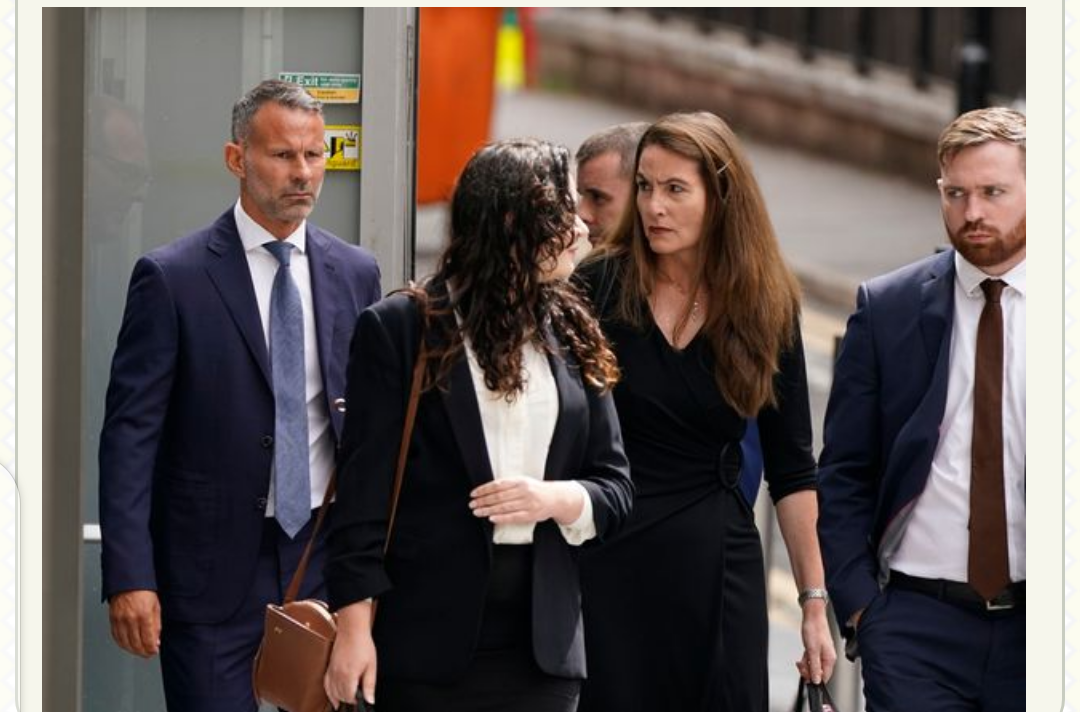 Ryan Giggs allegedly kicked his ex-girlfriend in the back before throwing her out of a hotel room naked, Manchester Crown Court heard on Friday.

It is also alleged he sent threatening emails to her friends and employers about the relationship, and was accused of turning up unannounced to her gym.

The former Manchester United and Wales star had arrived at Manchester Crown Court on Friday charged with assaulting his ex-girlfriend and a second woman.

Giggs, 47, is accused of allegedly assaulting ex Kate Greville, 36, at his home in Manchester on November 1 last year.

The former Wales boss has also been accused of assaulting another woman, Emma Greville, Kate’s younger sister, and controlling or coercive behaviour towards Kate.

The 47-year-old has denied all charges, and he has previously issued a statement saying: “[I] understand the seriousness of the allegations. I will plead not guilty in court and look forward to clearing my name.”

Details of his alleged controlling and coercive behaviour were detailed in an indictment read out by the clerk.

As part of the charge of controlling and coercive behaviour, he was also accused of: “Messaging her and/or blocking her when she was on nights out with others, or she asked about your relationship with others.

“Threatening to send e-mails to her friends and her employers about your sexual relationship and behaviour.

“Throwing her belongings out of your house when she questioned you about relationships with other women.

“After she had tried to break off the relationship, regularly turning up unannounced and uninvited at her home, workplace and gym.”

Giggs arrived at court for his hearing on Friday, and a provisional trial date has been set for January 24 2022 – which is expected to last around three weeks.

During his previous appearance at Manchester Magistrates’ Court, three charges against him were read out and he pleaded not guilty.

On Friday he is expected to formally enter his pleas.

Giggs was at the helm of the Welsh national side at the time of the incident, and he had just guided the Dragons to their second successive Euros.

However, Giggs stood aside from his footballing duties after the accusations came to light.

This led to Rob Page leading the team out in their opening Euro 2020 fixture in Baku.

One thought on “Ryan Giggs Kicked & Threw His Ex-Girlfriend Out Of Hotel Room Naked, Court Hears”