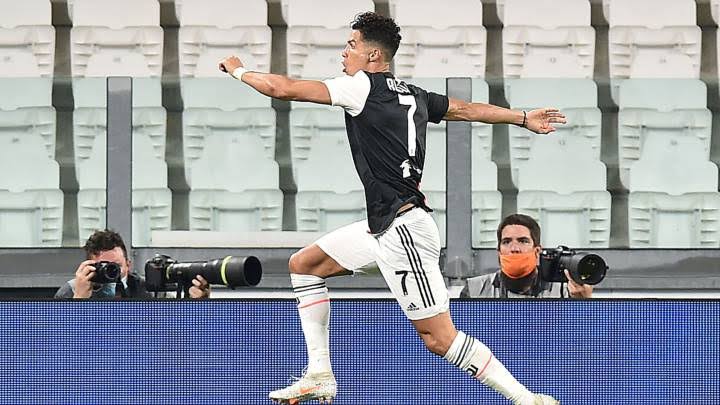 Cristiano Ronaldo’s two goals in Juventus’ 2-1 win over Lazio on Monday were significant for a number of reasons.

First and foremost, Ronaldo became the first player in history to surpass the 50-goal mark in the Premier League, La Liga and now Serie A, which have been traditionally regarded as the three best leagues in the world. He has 51 league goals since joining Juventus two years ago, along with 84 from his time with Manchester United (2003-09) and 311 from his time with Real Madrid (2009-2018).

Ronaldo converted a penalty in the 51st minute on Monday for his record-setting tally, and added this second to finish an expert Juve counter

That second goal gave Ronaldo 30 for the season in Serie A, making him just the third player in the past six decades to reach the mark. Fiorentina’s Luca Toni had 31 in 2005-06 and Napoli’s Gonzalo HIguain scored 36 times in 2015-16.

As it turns out, Lazio’s Ciro Immobile also scored his 30th goal of the season late in Monday’s match, joining Ronaldo and the others in their hallowed ground.

If all that wasn’t enough, Ronaldo is the fastest to 50 Serie A goals in the past quarter century, taking just 61 games to get there. Andriy Shevchenko took 68 games to do it with AC Milan.

Most pressingly, Ronaldo’s goals on Monday sent Juventus eight points clear atop Serie A, and a record-extending ninth consecutive league title seems all but assured