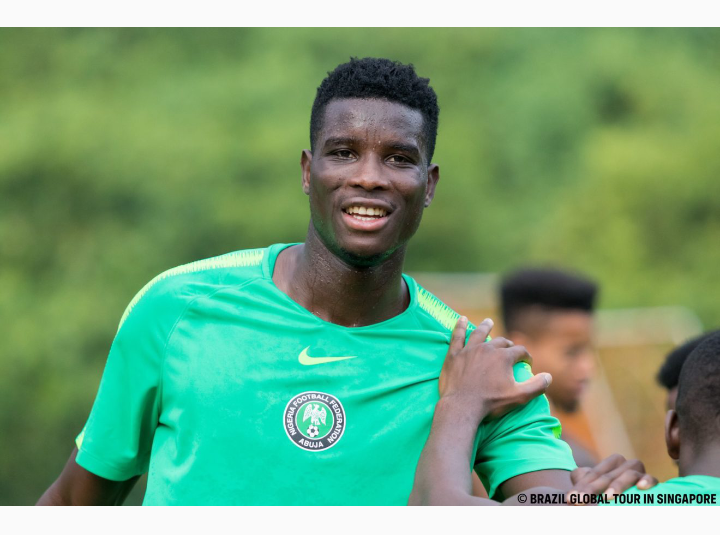 Onuachu replaces Osimhen In Nigeria’s Squad For Algeria, Tunisia Friendlies
Genk of Belgium Paul Onuachu has been handed a late call-up for Nigeria’s friendlies against Algeria and Tunisia, reports Completesports.com.
Onuachu will take the place of Napoli striker Victor Osimhen who has been excused from the games by the Nigeria Football Federation.
”� ❗️❗️@victorosimhen9 has been excused from @NGSuperEagles’ games against Algeria and Tunisia. His replacement is Paul Onuachu. #Team9jaStrong #SoarSuperEagles ,” reads a tweet on the official Twitter handle of the Nigeria Football Federation.
Napoli stars Piotr Zielinski and Eljif Elmas tested positive for Covid-19 following the side’s 6-0 win against Genoa last Sunday.
The entire Napoli squad, including Osimhen will self-isolate for 14 days to guide against the spread of the virus.
Onuachu last featured for the Super Eagles in a friendly against former world champions Brazil in October, 2019.
The 26-year-old has scored seven goals for Genk in the Belgian Pro League this season.
Read Also: Osimhen, Teammates Worry As Covid-19 Forces Two Players Out Of Juventus – Napoli Clash
The Super Eagles will face Algeria on October 9 before coming up against Tunisia four days later
.
https://www.completesports.com/onuachu-replaces-osimhen-in-nigerias-squad-for-algeria-tunisia-friendlies/