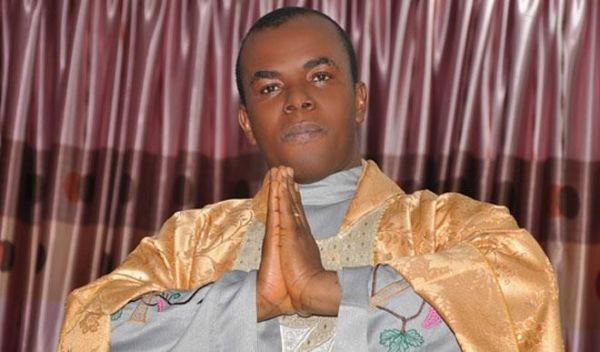 Mbaka made this known on Sunday during the first physical service of his church after about five months of closure due to lockdown occasioned by the coronavirus pandemic.

The Ministry had suspended all its physical programmes in March 2020 following the directive of the federal and state governments that all public places be shut to curb the community spread of the virus.

But following the lifting of the ban on worship centres, Mbaka, on Sunday, resumed physical services at his Adoration Arena in Enugu.

Speaking during the service in a homily themed, “Save Me, Lord,” Mbaka warned detractors to desist from planning evil against him and his ministry to avoid incurring divine wrath.

“Like you know, whenever we declare prophecy here, the whole country goes gaga and they begin to plan evil. But woe betides whoever that should allow himself to be used to try any attack on me or this ministry.

“You may not like me; I may not be among those you consider as good people, but I know that God is using me to save people and minister succour to mankind.”

Mbaka had said in January that the Imo State governorship candidate of the All Progressives Congress in the March 2019 election, Hope Uzodinma, would take over the governance of Imo State.

The preacher had also said 39 more prophecies of his will come to pass in 2020.