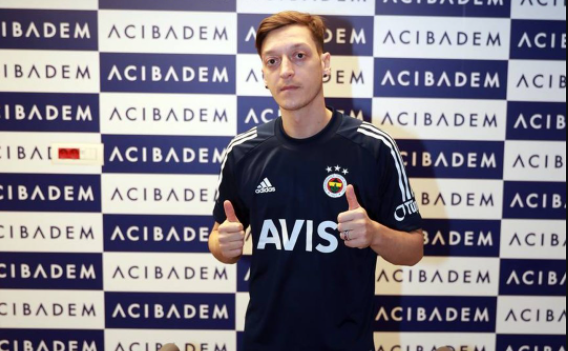 Turkish giants, Fenerbahce have officially announced the signing of Mesut Ozil as a free agent after the midfielder terminated his £350,000 a week contract with Arsenal last weekend.

The confirmation finally brings an end to Ozil’s seven-and-a-half-year at Arsenal after he failed to make an appearance for the club since March 2020.

The 32-year-old former Germany midfielder has signed a three-and-a-half-year deal with the Turkish side.

Ozil, who joined the Gunners from Real Madrid for £42.4m in 2013, won three FA Cups with Arsenal and scored 44 goals in 254 appearances in all competitions for them.

The former Real Madrid star visited Arsenal’s London Colney training ground last Sunday to say final farewells to his teammates before flying to Istanbul that evening to begin his medicals.