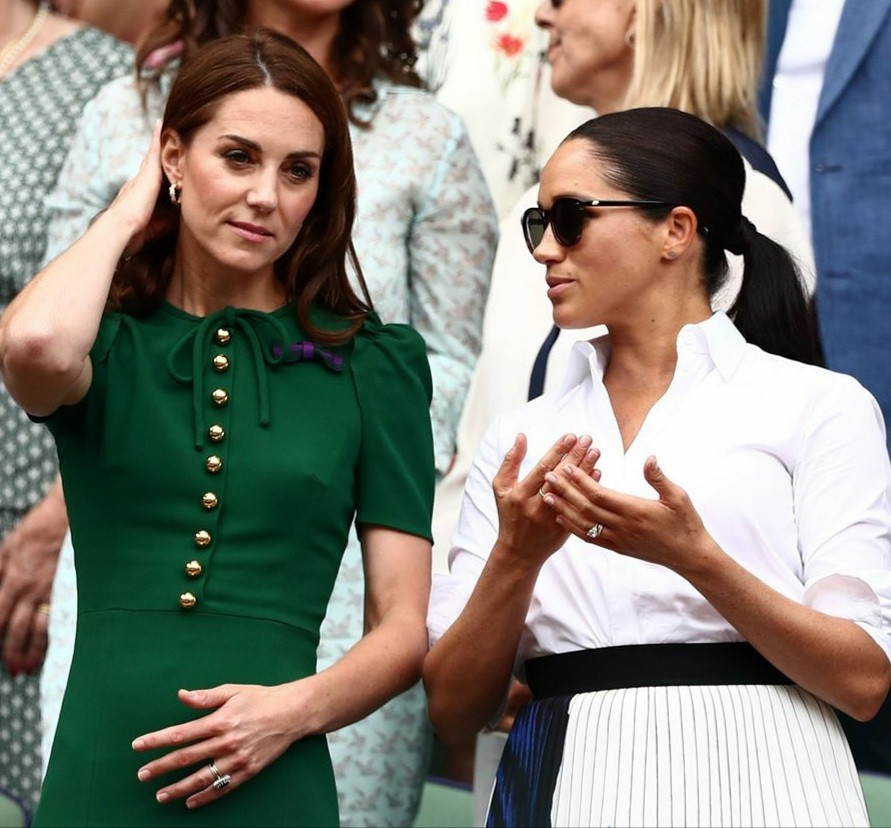 Part of Meghan Markle’s email asking Kensington Palace to respond to the false reports that she made Kate Middleton cry has been revealed to the public.

Meghan explained to Oprah: “A few days before the wedding, she was upset about something—yes, the issue was correct, about the flower girl dresses—and it made me cry and it really hurt my feelings.”

She continued: “And I thought in the context of everything else that was going on in those days leading to the wedding, it didn’t make sense to not be just doing whatever everyone else is doing, which was trying to be supportive knowing what was going on with my dad and whatnot.”

Meghan said Kate had “apologized and I [had] forgiven her,” but explained that the palace never corrected the false claims even though she specifically asked them to.
Now, an email has been released to show Meghan pointing out her concerns.

Harper’s Bazaar royal reporter Omid Scobie revealed part of the email that Meghan wrote to royal aides.
The email had been sent when royal aides asked Prince Harry to cosign a statement squashing rumors that Prince William “constantly bullied” Prince Harry and Meghan Markle before they stepped down from senior royal duties.

According to Scobie’s source, Meghan emailed the Palace back, writing: “Well, if we’re just throwing any statement out there now, then perhaps KP (Kensington Palace) can finally set the record straight about me [not making Kate cry.]”
Scobie reports that “as with many requests made by the couple, her suggestion was ignored” and she was told the Duchess of Cambridge “should never be dragged into idle gossip.”