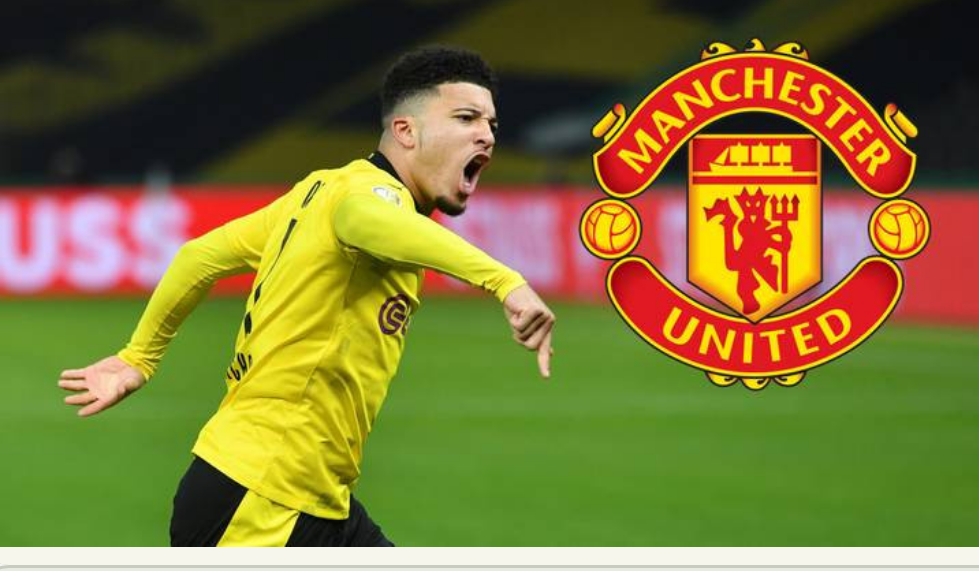 The England winger was the subject of a £75m offer earlier in the week from United which was swiftly rejected with Dortmund handing United a ‘take-it-or-leave-it’ offer of €90m (£77m) for the 21-year-old.

Now according to a report by reputable German publication, BILD, United have now gone back to Dortmund with a new offer that has met their valuation and the deal could be concluded in the coming days.

Dortmund have been desperate for Sancho’s future to be determined before July 23 and are keen for tbe deal to be wrapped up as soon as possible so they can get reinforcements.

United have long been pursuing the 21-year-old forward, with Ole Gunnar Solskjaer identifying him as his No 1 target last summer.

Personal terms on a five-year contract have already been agreed, meaning there are only formalities left to complete before Sancho can be announced as a Manchester United player.

Sancho will be United’s first big signing of the summer and could be followed through the doors at Old Trafford by a centre-back, the report adds.

He has scored 50 goals and registered 64 assists in 137 Dortmund appearances since, including 16 goals and 20 assists last season in a difficult campaign for the team in 2020-21.