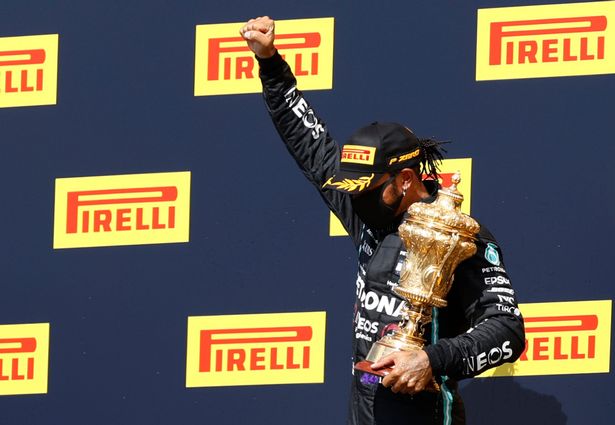 The six-time world champion started first on the grid and never looked like losing, until his tyre burst just a lap from home.

Mercedes looked on course for a one-two until Valtteri Bottas suffered a puncture of his own with just two laps to go, allowing Max Verstappen to jump up to second, with Charles Leclerc completing the podium.

Both Hamilton and Bottas were called in for a double pit on lap 14 to switch to hard tyres, with a view of seeing out the rest of the race on them.

But it seems Mercedes underestimated, and Hamilton just about managed to get over the line with his tyre in tatters and Verstappen closing in fast.

The win sees Hamilton extend his lead in the drivers championship and his record number of wins in the British Grand Prix.

Verstappen and Charles Leclerc of Ferrari had vied for third in the opening exchanges, but the Red Bull man held off his rival, who crossed the line ahead of Renault’s Daniel Ricciardo who came in fourth.