Inside The Holes, There Are Churches, Hotels, Malls And An Entire Village(Check Out The Photos) 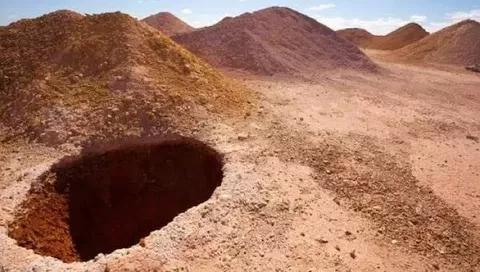 There’s a place called Coober Pedy in Australia where everyone lives underground. On the surface , the place looks deserted. Goober Pedy was discovered by miners and it was fully established in 1915 after .

To a lot of people in Australia, life is better lived underground due to the very harsh weather in Australia.

“Living underground comes with several perks, according to the residents. Aside from protection against the extreme heat, the homes are soundproof and so you won’t have to worry about disturbing any neighbors”

“Because the temperatures in the outback reach extreme highs during the day that reach up to 125 degrees Fahrenheit and drop to insane levels during the night, residents can’t really live above ground. Besides, the troubling climate claims more than 40 lives every year. As a solution to this problem, the people in this town decided to establish their residencies underground.”

Coober Pedy is recognised as the largest producer of opal in the world.

The entire town exists almost entirely beneath the ground!