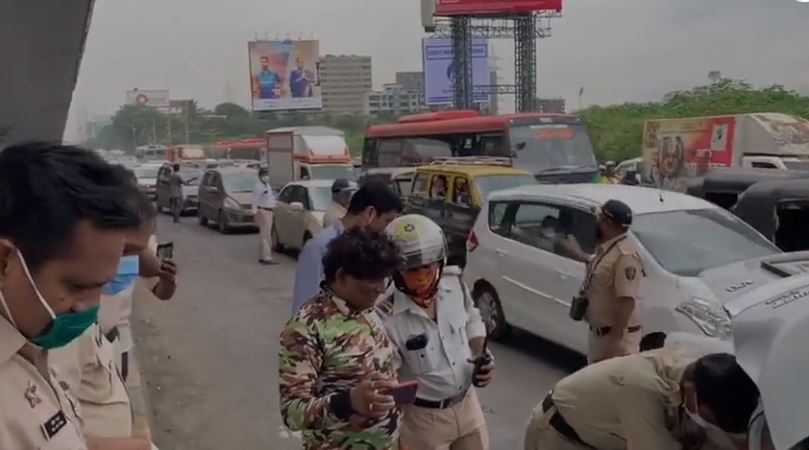 Mumbai roads are often inundated with traffic due to rains or construction work. But this time, motorists realised that the reason for Monday 21th September, 2020 traffic is out of the ordinary.
On Monday morning, a 10-feet-long python caused a traffic jam on the Eastern Express Highway.
According to a police official, motorists spotted the snake across the highway at Chunabhatti.
Traffic came to a halt as the snake attempted to cross the busy road during morning rush hour. Once successful, the reptile hid under a car. A team of snake catchers arrived at the scene an hour later and rescued the python, the official added.
A team of local policemen and from the traffic branch arrived to bring back the traffic to normalcy.