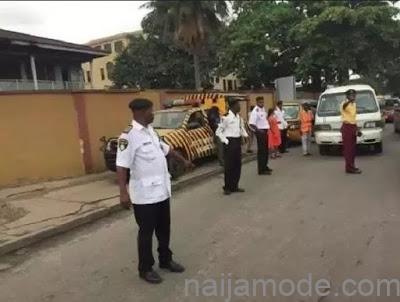 The operation was conducted in Ikeja, Somolu, Eti-Osa, and Anthony Drivers’ License Centres. Other places were Ojo, Oshodi, University of Lagos, Surulere, Agege and Coker centres in the State, the ICPC spokesperson, Azuka Ogugua, said in a statement on Thursday.

The Commission said it received information that the officials connive with touts to extort extra fees from applicants before their drivers’ licenses and vehicles particulars are processed.

“The officials have been granted administrative bail by the Commission and would be arraigned in court when investigations have been concluded.

“This exercise is a continuous one and similar operations will be carried out in other centres in order to rid motor licensing administration of fraud being perpetrated on the public.”