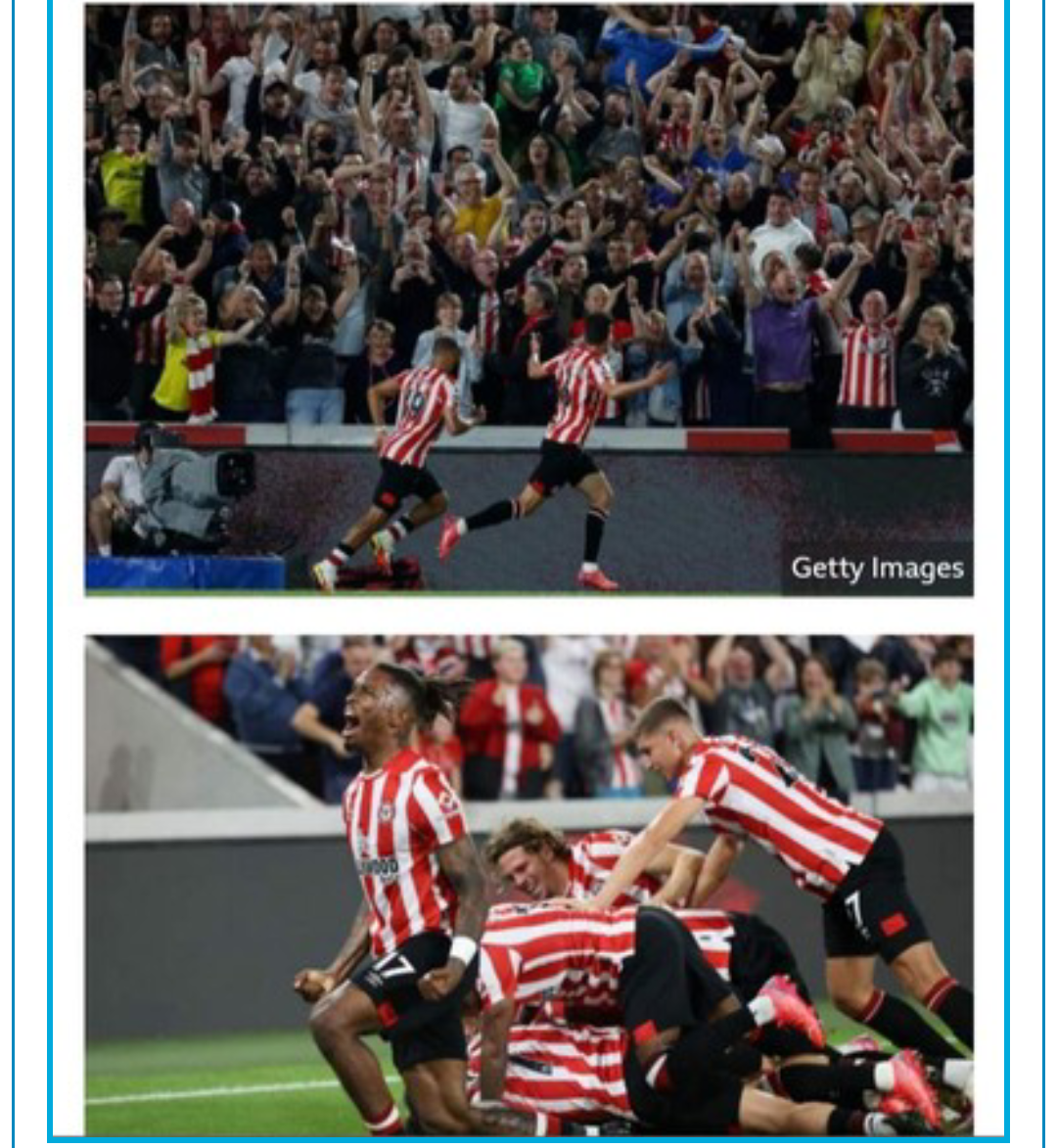 Brentford marked their Premier League debut with a deserved win over Arsenal at a jubilant Brentford Community Stadium.

The promoted Bees scored the opening goal of the season when Sergi Canos smashed in a low 22nd-minute strike.

Christian Norgaard headed in Brentford’s second as Arsenal made a mess of dealing with a long throw-in.

The Dane was then inches away from making it 3-0 after Gunners keeper Bernd Leno flapped at a corner.

Brentford’s supporters, understandably, celebrated wildly at the final whistle, but this was a result and performance that instantly turns the spotlight on Arsenal manager Mikel Arteta as he desperately needs an improvement on last season.

Brentford make powerful statement
Brentford could not have made a better start to life in the Premier League, showing the pedigree that has made them such an entertaining side on their journey to this stage.

On a thunderous night at the Brentford Community Stadium, the arena was alive with noise and excitement well before kick-off – and what happened when the action started only raised those levels.

Tough days will inevitably lie ahead for the top-flight newcomers, but this was a night when the Bees showed what they were all about under charismatic manager Frank.

Once they realised Arsenal had little offer after the early exchanges, Brentford took charge and Bryan Mbeumo had already struck the post before Canos opened the scoring.

They grew in confidence, winning the physical challenges, attacking swiftly and, on the rare occasions he was called upon, keeper Raya looked a class act.

Frank and his players rightly savoured the moment at the final whistle – in front of supporters who did themselves huge credit with the standing ovation given to Arsenal substitute Bukayo Saka, who was racially abused after missing a penalty in England’s Euro 2020 final loss to Italy.

This was quite simply how Brentford would have scripted it. No-one can begrudge them their victory – and the manner in which they revelled in it.

Abject Arsenal get what they deserved
Arsenal were handed a difficult opening assignment as there is always an element of jeopardy attached to a visit to a newly-promoted side.

This, however, was light years from what will be required this season and manager Arteta has work to do to knock the Gunners into shape on this evidence.

Yes, he was missing strikers Lacazette and Aubameyang, while Saka only started on the bench, but the lack of resolve, the lack of a coherent plan and lack of threat when they needed to fight their way back into contention was alarming.

Only Smith Rowe looked capable of providing a spark while it was a harrowing start to life at Arsenal for expensive summer acquisition White. He was tormented throughout and part of a desperate attempt to defend the throw-in that led to Brentford’s second goal.

Arsenal are familiar with the criticisms that will be aimed at them, namely a failure to match the fight and physical assets of opponents, but here they can have no answer to the charges. They were weak in all areas, especially in defence, with Pablo Mari and Calum Chambers also on the rack throughout.

Keeper Leno was at fault for the first goal, put his defence under pressure playing out from the back and almost gifted Brighton a third, providing evidence why Arteta is in the market for a new number one.

This was a thoroughly wretched night in every respect for Arteta and his players. They will hope it is a one-off, but the club’s detractors will say they have seen too many nightmares like this.