How Artificial Intelligence is Transforming Our World 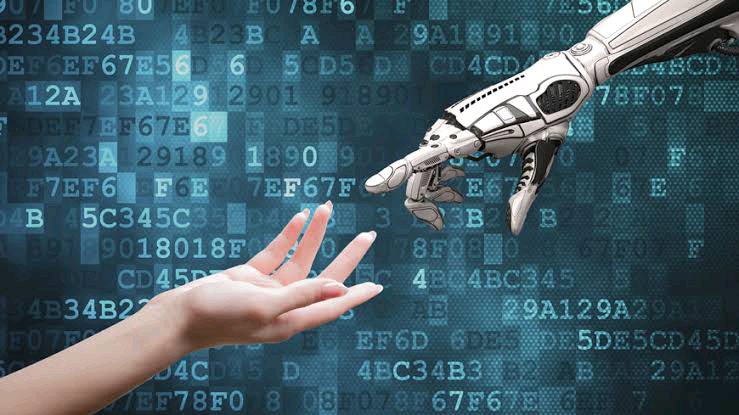 How Artificial Intelligence is Transforming Our World

Artificial Intelligence is having far more impact on the world as we know it and before our eyes it is causing significant changes in virtually every area of human endeavour. According to a McKinsey report which analysed some Artificial Intelligence use cases stated that ‘the impact of artificial intelligence will most likely be substantial in marketing and sales as well as supply-chain management and manufacturing’.

The same report argues that AI has the potential to create trillions of dollars of value across the economy if business leaders work to understand what it can and cannot do.

Looking at this critically, one would wonder how Africa’s manufacturing industries would be able to compete with other continents that are massively adding AI-powered tools and solutions to their production lines?

China, for example, has more or less made artificial intelligence a major priority, investing heavily so as to ensure the country stays ahead.

An increasing number of Chinese factories have resorted to investing billions in robotics and intelligent machines powered by AI.

Honestly, I am of the opinion that Nigeria and many other African countries will be on the receiving end as we don’t seem to grasp what is ahead.

How would an average African entity that has not invested in AI compete if and when singularity is achieved? It is nearly impossible except for those that are truly prepared for the AI revolution.

A number of studies have argued that AI and robots will take over 50 per cent of human jobs in the next 30 years. This is due to the exponential advancements in robotics, quantum computing and AI.

Moshe Vardi, computer science professor, Rice University, Texas, said, “Intelligent machines will take over jobs across various fields such as driving and even bank tellers. Robots would replace humans in different professions, and this will immensely affect the landscape of human productivity.”

The reality is that across the world, certain functions in various workplaces are facing huge threats and it is all thanks to advancements in technology.

More than 30 per cent of humans could lose their jobs in the next few decades, according to various studies. Clerical workers for instance, who perform tedious tasks such as writing reports or working on spreadsheets are being replaced by various software solutions but, what other jobs are under threat?

Richard and Daniel Susskind, in their study titled ‘The Future of the Professions’, argued that professions such as medicine, law, accountancy and engineering could bear the first impact of the rise of the machines.

If that is the case, why would we need a medical practitioner when a robot can read our complex physiology and prescribe, manufacture and distribute the exact blend of medication necessary.

A statement credited to Bill Gates reads, “If robots powered by artificial intelligence continue to steal jobs, then they should be subjected to the same tax regime as humans.”

I find this to be an interesting proposition but if you bring it home, you’d realise that it actually means a loss of revenue for governments. Let me illustrate using company X with say 1,000 employees. Now as stipulated in our laws, state governments are entitled to collect personal income taxes. So let’s say company X decides to embrace AI to become better efficient, then they would likely need to sack 50 per cent or more of their workforce depending on the type of tasks they perform.

What this means is that though this organisation may become more profitable, the state government will end up collecting less personal income taxes even though they might pay more taxes to the Federal Government.

This may probably come across like science fiction but I have no doubt that it’ll be some of the likely problems policymakers will be confronted with in the future.

So, a proactive government should start thinking about how to implement Bill Gate’s suggestion and put policies that can sustain such advancements.

A number of experts believe that AI might spell doom for mankind depending on how it is applied. According to the late high-profile physicist, Stephen Hawking, the emergence of artificial intelligence could be the ‘worst event in the history of our civilisation’ unless society finds a way to control its development.

It is not only Hawking that has expressed fears about AI. The Founder of SpaceX, Elon Musk, believes that the only way for man to survive the AI onslaught is for our brains to be merged with computers.

On the flip side, Mark Zuckerberg, CEO of Facebook, seems to be one of the high profile individuals not worried about AI – he is pretty optimistic about its development.

It is not all gloom if you ask me. I am of the opinion that new kinds of jobs will be created but I am not sure how the world will manage the transition and cushion the adverse effect it might have on the short run.

A Gartner report states that artificial intelligence would continue to generate millions of jobs as the technology advances. Also, many tech giants share the same opinion; for example, IBM’s Chief Digital Officer, Bob Lord, agrees that jobs will be lost but opines, “I firmly believe that augmenting someone’s intelligence is going to get rid of the mundane jobs and allow us to rise up a level that we haven’t been able to do before and solve some really, really hard problems.”

Also, it is my candid opinion that AI coupled with other emerging technologies will be beneficial to countries like Nigeria particularly in areas we have continued to record monumental failure such as dealing with corruption, managing our natural resources, e-government etc.

I have canvassed and continue to canvass that Nigeria needs to eliminate human-to-human interaction as much as possible if we must move our nation forward. That is why I find it super shameful and disgraceful that Nigerian lawmakers are arguing about electronic voting or transmitting results electronically in 2021.

Let me conclude this piece by quoting Stephen Hawking. “Success in creating effective AI, could be the biggest event in the history of our civilization or the worst. We simply do not know. So we cannot know if we will be infinitely helped by AI, or ignored by it and side-lined, or conceivably destroyed by it,” he said

Remains of a woolly mammoth that are 35, 000 years old have been discovered in Canada.

One thought on “How Artificial Intelligence is Transforming Our World”